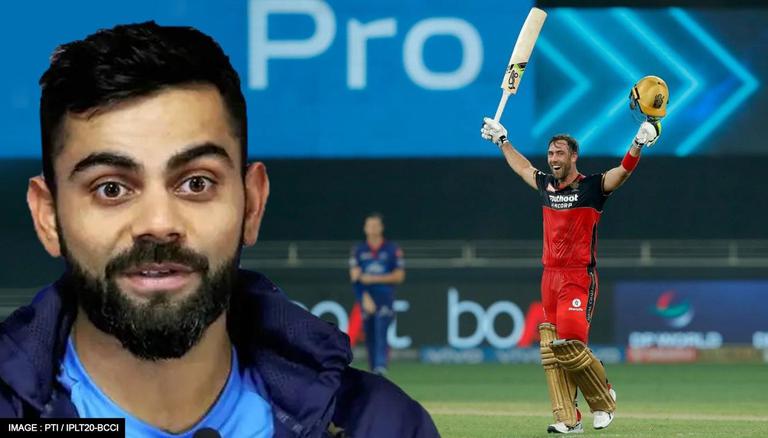 
The Royal Challengers Bangalore (RCB) on Monday will take on the Kolkata Knight Riders (KKR) in the eliminator of the IPL 2021. RCB, which has struggled in the past to qualify for the playoffs has dominated the IPL 2021 league stage and stands at the 3rd position. One of the reasons behind RCB's domination in the ongoing IPL 2021 is the presence of Glenn Maxwell, which has not only bolstered the middle order but has also reduced the pressure of run-scoring from Virat Kohli and AB de Villiers. It is pertinent to mention here that Maxwell was released by Punjab Kings (then KXIP) ahead of the 2021 edition of the league and was then bought by RCB for Rs 14.25 crores in the Player Auction.

Now, RCB skipper Virat Kohli in a video shared by the franchise on its Twitter handle recalled his chat with AB de Villiers before suggesting the name of Glenn Maxwell to sign him during the IPL.

"I had a discussion with AB (AB de Villiers) after the last IPL when we were thinking of which players we could sign for next year and Maxi's (Glenn Maxwell) name came up and I spoke to AB about this that I and he can potentially bring the best out of him and can provide him with the environment where he feels a part of the core group including myself and AB," said Virat Kohli

Kohli further stated, "That can empower people to an extent that you have a group of people who are running the show on the field and he is invested with the franchise in a way, he is responsible for lots of happenings onto the field. So as an individual I think it has empowered him. He feels like he is more of a leader within the group rather than just being a part of things."

Virat Kohli further outlined how Maxwell along with all-rounder Daniel Christian has reduced the pressure from him and AB de Villiers.

"I think what he and also Daniel Christian have done is take so much load off myself and AB which has been the case of the past, especially on the field. Barring performances as individuals and results, it was imperative for both (Kohli & de Villiers) of us that we enjoy our time at the field," said Kohli.

"That has been possible because of the involvement and the effort Maxi has put. I have always felt like regardless of our battles on the field I always felt that there was mutual admiration when it came to Maxi and myself. We have a chat in 2016 and I felt like he opened up to quite an extent with me, so we honestly believe that here is the environment that we can get the best out of Maxi," added Kohli.

READ | How much does Virat Kohli earn from IPL? Details revealed, check here