Rohit Sharma took to his official Instagram handle to put up a post, where Shreyas Iyer can be seen leading a perfectly choreographed dance performance. 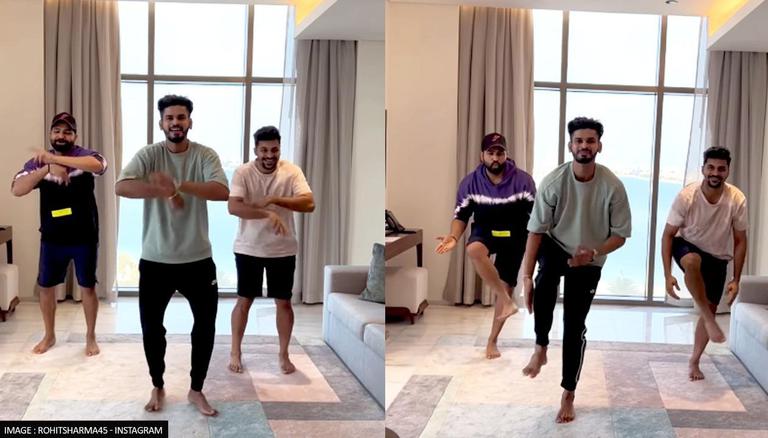 
Shreyas Iyer not only seems to have all the right moves on the field but also off the field. The 26-year old smacked an impressive century on his Test debut on Friday against New Zealand and also led Rohit Sharma and Shardul Thakur to an impressive dance performance.

The trio can be seen dancing to the remixed version of the famous 1973 song Koi Sehri Babu.

On Friday, Rohit Sharma took to his official Instagram handle to put up a post, where Shreyas Iyer can be seen leading a perfectly choreographed dance performance. The Hitman captioned the post, 'Well done @shreyas41 making all the right moves,' as the 26-year old Indian batter seems to be doing nothing wrong at the moment. The post seems to have been well received by fans, who have given it more than 5 lakh likes in just over an hour.

Shreyas Iyer became the 16th Indian to smack a century on his Test debut when he did so on Day 2 of India vs New Zealand first Test match at the Green Park in Kanpur. As a result, he also became the third Indian to score a hundred on debut against the Blackcaps. The 26-year old was dismissed on 105 runs off 171 deliveries by Tim Southee. His innings included 13 boundaries and two sixes. The Indian cricket team ended the innings with 345 runs.

How to watch IND vs NZ live in India?

Fans wondering how to watch first India vs New Zealand test match live in India can tune in to the Star Sports Network, which has the official broadcasting rights in the country. The match will be telecasted live on Star Sports 1 SD & HD in English, and one Star Sports 3 for Hindi commentary. As for the IND vs NZ live stream, fans can tune in to the Disney+ Hotstar app. Meanwhile, the live scores and updates of the match can be tracked on the social media handles of the two teams.