Sanjay Manjrekar Wants To Say Controversial Things But Not Kick Up Controversy? His View 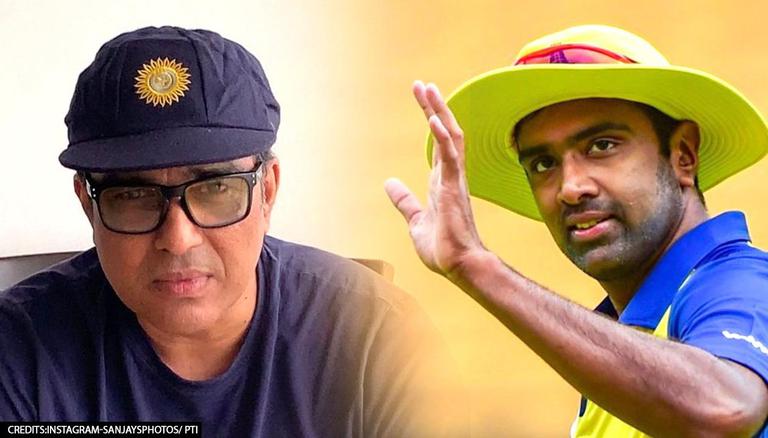 
Former cricketer-turned-expert Sanjay Manjrekar has drawn a lot of social media flak ever since he expressed his disapproval over Ian Chappell's choice of including all-rounder Ravichandran Ashwin in his list of 'all-time great' Test bowlers. During a discussion on ESPNcricinfo's program 'Run Order', commentator Sanjay Manjrekar said that Ravichandran Ashwin was not one of his 'all-time greats' since he could not boast of having registered a fifer in SENA, i.e South Africa, England, New Zealand, and Australia. However, Ravichandran Ashwin took the comments lightly and shared a hilarious Tamil movie meme on his Twitter handle.

Sanjay Manjrekar on Tuesday took to his Twitter handle and responded to Ravichandran Ashwin's hilarious Tamil movie meme which the off-spinner had shared on the former's cricketer's remark. Taking to Twitter, R Ashwin posted a still from the iconic Tamil movie 'Anniyan' or 'Aparachith' between actor Vikram and late actor Vivek. The scene features the famous dialogue-- 'apdi solladha da chaari, manasellam valikirdhu’ (please don't say such things, it pains my heart).

Now, Sanjay Manjrekar has responded to Ashwin's hilarious meme saying that he never expected that a simple, straightforward, cricketing assessment can create such a 'fuss' these days. Manjrekar on his Twitter wrote:

Meanwhile, Sanjay Manjrekar has once again made waves. However, this time it's because of an alleged leaked DM with a social media user where he has mocked Indian all-rounder Ravindra Jadeja saying that he doesn't understand English.

The Twitter user was unhappy with Sanjay Manjrekar's recent claim. He stated that spinner Ravichandran Ashwin is not one of the all-time greats as he hasn't registered a fifer in SENA (South Africa, England, New Zealand & Australia) countries. Responding to Manjrekar's claim, the user said that the commentator shouldn't be taken seriously because he is only famous for his 'rubbish' tweets and opinions. He also stated that Manjrekar wasn't even 10% of the player Ashwin is.

Manjrekar was unhappy with the criticism he received, which is why he responded to the Twitter user and what followed was a war of words. In their conversation, the Twitter user pointed out how his "bits and pieces" comment on Jadeja was termed as "verbal diarrhoea" by the Saurashtra based cricketer. That's when Manjrekar replied, saying that Jadeja doesn’t know English, so he did not know the actual meaning of bits and pieces. The cricketer-turned-commentator also claimed that somebody spelled verbal diarrhoea for Jadeja, thus mocking the Indian all-rounder.