South Australia will take on Victoria in the upcoming match of the Marsh Cup 2021 on Thursday, April 8. Here's our SAU vs VCT Dream11 prediction.

This match is between two teams who are currently at the bottom of the points table. Victoria after 4 matches are winless and have lost 3 matches with one match ending in no result. Their chances of qualifying for the knockout stage is done and dusted and they will look to end the season on a high by winning the match. James Seymour is in line to make his debut for the team in the upcoming match.

We face the @WestEndRedbacks in the final game of our season at the CitiPower Centre tomorrow.

South Australia, meanwhil, are also rooted to the bottom of the points table and winless in the tournament. They have lost all their 4 matches and with a chance to qualify for the knockout stage diminished they will look to end the season on a high by winning their last match of the season. Lloyd Pope returns to the South Australian squad for this match, while Ryan Gibsonis named for a potential debut for the upcoming contest.

READ | IPL 2021: Which teams have the most number of subscribers on YouTube? 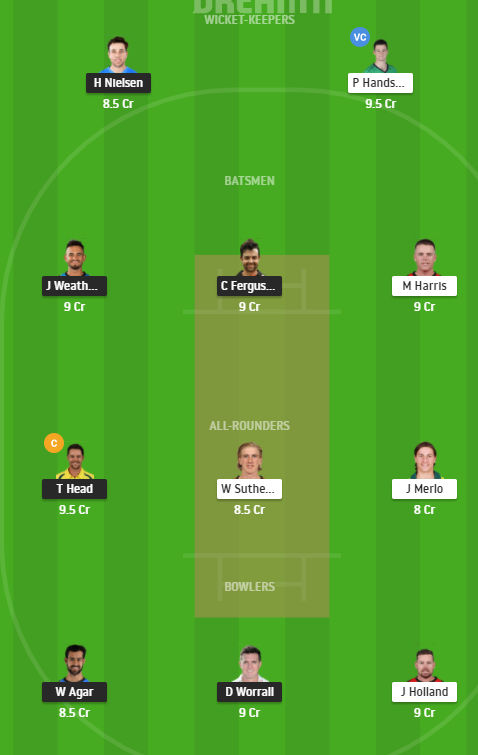 As per our SAU vs VCT match prediction, VCT will come out on top in this contest.