Shikhar Dhawan Backs Suryakumar Yadav's Test Call-up: 'He Will Do Well In Any Format'

Speaking at the pre-match press conference, Sikhar Dhawan backed the selector's decision to send Suryakumar Yadav to the United Kingdom for Test series 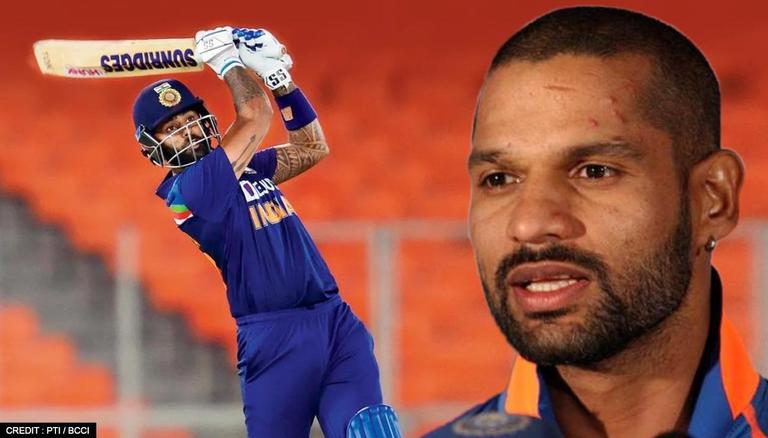 
After winning the three matches ODI series by 2-1 against Sri Lanka, Team India will start its campaign for T20 starting from Sunday. However, uncertainties are looming over two players of the limited-overs squad after their call-up for the Test series against England starting from August 4. As per the PTI report, Suryakumar Yadav, along with opener Prithvi Shaw and all-rounder Jayant Yadav, have been selected as replacements in the Indian Test squad following the untimely ouster of Shubman Gill, Washington Sundar, and Avesh Khan due to injuries. Now, Team India's skipper for the Sri Lanka tour Shikhar Dhawan has backed Suryakumar Yadav's Test call-up.

Speaking at the pre-match press conference, Sikhar Dhawan backed the selector's decision to send the Mumbai Indians top-order batsman to the United Kingdom for the five-match Test series.

Calling Suryakumar Yadav a mature batsman, Dhawan said, "If selectors think that he can play in the Test squad then absolutely. He is a very technical and smart batsman. I am sure he will do very well in any format."

Meanwhile, having lost a game in the ODI series, Shikhar Dhawan's men would look to go one better against Sri Lanka with a team that is ahead in almost all departments. Coach Rahul Dravid will, however, want to check out Varun Chakravarthy, who can bowl off-breaks, carrom ball, and also take the deliveries away from right-handers, having proved his prowess in the Indian Premier League (IPL).

According to the report, team management in England is really pleased with the performances put up by Suryakumar Yadav and Prithvi Shaw in the recently-concluded ODI series against Sri Lanka. While Suryakumar scored a total of 124 runs in the three-match series, Shaw provided a good start to India on two occasions - in the first and third ODIs. As far as Jayant is concerned, he got the call up for his all-rounder abilities and could come in handy as a replacement for Ravichandran Ashwin or Ravindra Jadeja. Jayant boasts a good Test average of 45.60, including a hundred.