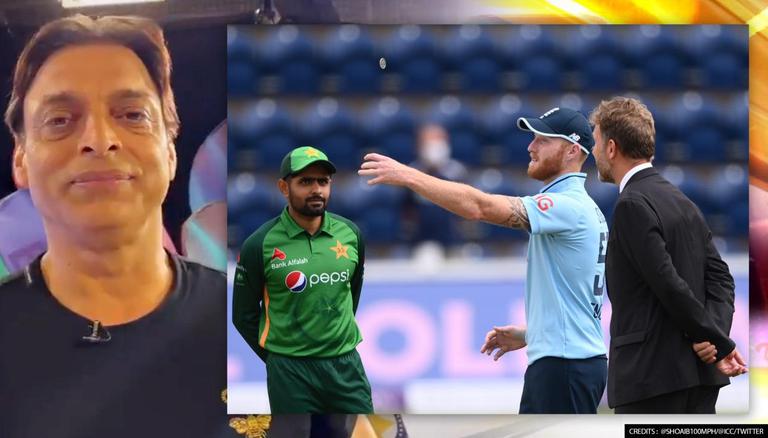 
Pakistan pace icon Shoaib Akhtar has expressed his disappointment after his team's humiliating nine-wicket loss to England at Sophia Gardens, Cardiff on Thursday.  The loss has not gone down well with Akhtar and he has vowed not to watch any of Pakistan's cricket matches in the future if the 1992 World Cup winners continue to perform in this manner.

While speaking on PTV Sports, Shoaib Akhtar said that it is all lame excuses (referring to skipper Babar Azam's comments after loss) after which the tearaway fast bowler mentioned there was nothing on the wicket like extraordinary bounce and that a little seam movement is expected in England. Furthermore, Shoaib Akhtar also added that if one cannot handle that seam, then nothing can be done.

“I feel sorry for myself and the fans. If Pakistan continue to perform like this, then who will watch them? I will not,” the 'Rawalpindi Express' added.

With most of the full-strength players kept under isolation after coronavirus cases in English camp, allrounder Ben Stokes led a second-string team in which five players were handed their debut. Top-order batters Zak Crawley and Phil Salt, wicketkeeper John Simpson, seam-bowling allrounder Lewis Gregory and fast bowler Brydon Carse were include in the playing 11. After winning the toss England asked Pakistan to bat first.

Pacer Saqib Mahamood who had previously played just five ODIs gave England the early advantage by dismissing opener Imam-ul-Haq and skipper Babar Azam for a duck. Wicketkeeper Mohammad Rizwan, debutant Saud Shakeel, and Shoaib Maqsood were sent back pretty quickly. With half the batting lineup already inside the pavilion, Fakhar Zaman and Shadab Khan did try to get the innings back on track.

Matt Parkinson and Craig Overton dismissed Zaman and Khan to break the backbone of Pakistan's innings. The Menin Green were bowled out for 141with Saqib Mahamood picking up four scalps, while Matt Parkinson and Craig Overton chipped in with two wickets apiece. England in reply lost Phil Salt early, but Dawid Malan (*68 runs) and Zack Crawley (*58 runs) ensured that there was no further trouble helping the team chase down the target with ease.