Shubman Gill hit a total of nine sixes and 11 fours in his innings to power Punjab to a massive total of 225/4 in the game. 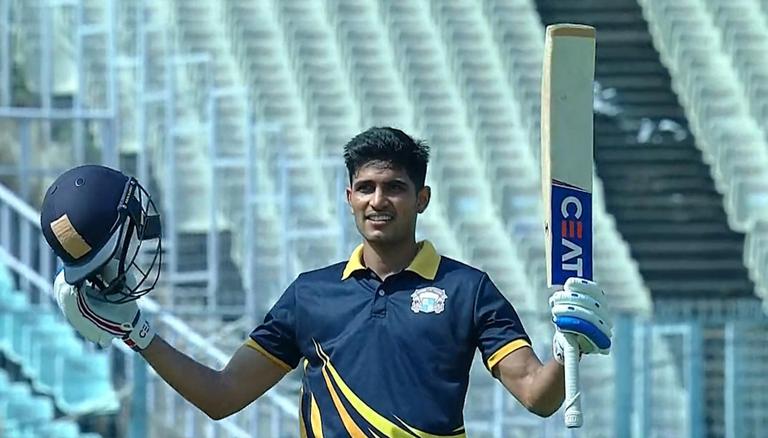 
Shubman Gill hit a knock of 126 runs off 55 balls for Punjab in the first quarter-final of the Syed Mushtaq Ali Trophy 2022 against Karnataka at the Eden Gardens. Gill hit a total of nine sixes and 11 fours in his innings to power Punjab to a massive total of 225/4 in the game. The 23-year-old completed his fifty in 30 balls and took 49 deliveries to complete his first first-class T20 century.

Coming back to the Punjab vs Karnataka SMAT match, Shubman’s knock proved to be a match-winning effort as Punjab successfully defended 26 runs off the final over to claim victory. Alongside Shubman, Anmolpreet Singh hit 59 runs off 43 balls for Punjab, while Sanvir Singh remained unbeaten on 27 runs. Abhinav Manohar hit the maximum of 62 runs off 29 balls, alongside Manish Pandey’s 45 and 29 but failed to lift Karnataka.

Shubman has retained his place in the Team India squad for the three-match ODI series against the Kiwi squad. He will continue to open the innings for India in ODIs alongside Shikhar Dhawan, in the absence of seniors Rohit Sharma and KL Rahul. His knock on Tuesday certainly reasserts the selectors' trust in him.

While the Lucknow Super Giants (LSG) player was excluded from the ODI squad against Bangladesh, he will make a return to the Test squad. Bangladesh will host India for a three-match ODI series from December 4 to December 10, before playing a two-match Test series.