Indian opener Smriti Mandhana smashed 86 runs to take India’s tally to 274/7 against the Australians in the second women’s ODI match out of the 3 games. 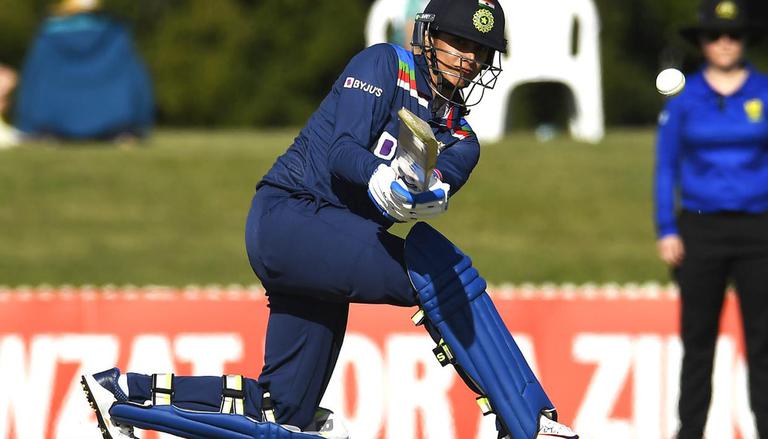 
Indian opener Smriti Mandhana smashed a staggering 86 to take India’s tally to 274/7 against the Australians in the second women’s ODI match out of the three-match series in Mackay on Friday. This was India’s highest total in almost three years and Mandhana was the defining factor as she hit 11 boundaries to register her 19th half-century. The Australians won the toss earlier and elected to bowl first. Mandhana had two partnerships that helped India to its total, a 76-run stand with Richa Ghosh (44) and a 74-run partnership with Shafali Verma (22).

The target of 272 is India’s highest against the Australian team since India’s 25-match winning streak started in 2018. India began the innings in red-hot form with Mandhana and Shafali (22) putting up 68/0 in the first ten overs. This was India’s best score in the initial powerplay in all the matches they have played this year. However, in the 12th over, the partnership was broken by spinner Sophie Molineux as she took out Shafali. The skipper, Mithali Raj (8) came on to the pitch to continue the promising start but a mix-up with Smriti led to her run out and early dismissal. The hosts struck another blow to the women in blue as they took out Yastika Bhatia’s (3) as well.

Mandhana and Ghosh frustrated the Australian pacers with their grit to stay on the pitch and keep the scoreboard ticking. However, Mandhana’s shot sliced straight to the point which confirmed her dismissal. Pooja Vastrakar (29) and Jhulan Goswami (28 not out) continued to keep the scoreboard steady and together added another 53 runs to drag India past the 250-run mark. Tahlia McGrath’s performance of 3/45 restricted India from posting a bigger target along with Molienux’s disciplined 2/28. The pair together were responsible for five out of the seven Indian dismissals. Currently, Australia is finding it hard to deal with the Indian bowlers as the women in blue have already taken four tickets. Australia has scored 110 runs and lost four wickets in 28 overs.