It has now been confirmed that Kuldeep Yadav had taken his jibe at the Jageshwar Hospital in Govind Nagar as per his appointment details. 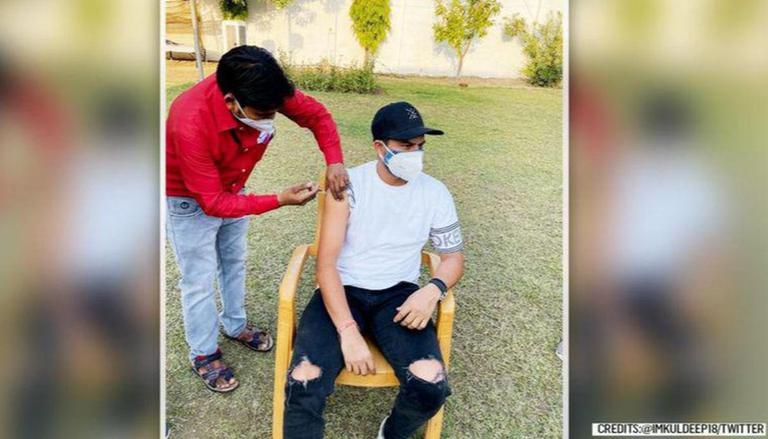 
After sparking a massive controversy, the truth behind Indian leg-spinner Kuldeep Yadav's controversial vaccination photo was unveiled. The Kanpur city magistrate on Wednesday shared that the photo was nothing more than a social media gimmick, confirming that the player had in fact not been administered the COVID-19 vaccine dose at the guesthouse that was seen in the photo.

According to the Kanpur City Magistrate  Himanshu Gupta, Kuldeep Yadav had been vaccinated days ago on May 15 at a private hospital and his photo dated May 19 where he is being vaccinated on a chair in a lawn was orchestrated and posted only to encourage more people to take the lifesaving jab.

After Team India's ace spinner Kuldeep Yadav shared a photo of his vaccination on Sunday, the massive row broke out. Here Yadav was seen seated on a lawn which was later identified as the Kanpur Nagar Nigam guest house. Shortly after, the Kanpur administration ordered a probe into how the cricketer was allowed to take the vaccine outside of the premises of a government or private facility. Kanpur District Magistrate Alok Tiwari directed ADM Atul Kumar to enquire into the matter and submit the report at the earliest.

READ | 'I can’t be Rashid Khan': Kuldeep Yadav breaks silence after being axed from Team India

It has now been confirmed that Kuldeep Yadav had taken his jibe at the Jageshwar Hospital in Govind Nagar as per his appointment details and the picture that he posted on social media was only a 'gimmick', days after his inoculation."Get vaccinated immediately whenever you get a chance. Be safe because you need to be united in the fight against COVID-19," Kuldeep Yadav had posted as his caption while sharing the photo.