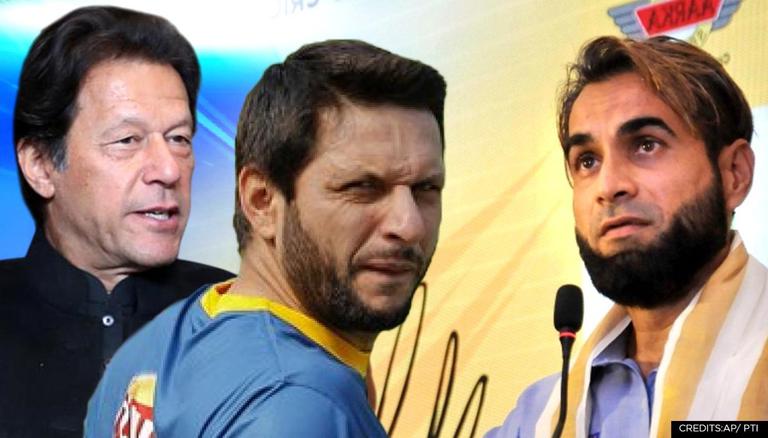 
South Africa's veteran leg-spinner Imran Tahir who is currently in the UAE to play the Pakistan Super League (PSL), expressed that he sees Shahid Afridi becoming a future Prime Minister of Pakistan. Imran Tahir recently interacted on a YouTube channel named Bohra Network and was asked to choose an alternate career of various cricketers once they call it a day on their cricketing careers.

During the question-answer session on the YouTube channel, Imran Tahir, who is playing for Multan Sultans in the PSL 2021, chose an alternate career of various cricketers once they retire from all forms of cricket. On Chris Gayle, Tahir answered 'Dancing Competition', on Team India's former off-spinner Harbhajan Singh he said 'join the Bhangra group', on Faf du Plessis he said, 'modeling',  however, when asked about Pakistan's former all-rounder Shahid Afridi, Imran Tahir said, 'I see him as a Prime Minister of Pakistan'.

Notably, the current Prime Minister of Pakistan Imran Khan is a former captain of Pakistan's national cricket team. Imran Khan entered politics shortly after his retirement from the sport in 1992 and became Pakistan's Prime Minister in 2018. Shahid Afridi has also showed political intent on numerous occasions, though mostly to hatemonger against India over Kashmir, and also for partaking in a super-spreader political event in PoK.

Shahid Afridi Ruled Out Of PSL 6 With lower Back Injury

Before the beginning of the second leg of PSL 6, Shahid Afridi was ruled out from the tournament. As per PSL official website, Shahid Afridi was training in Karachi for the upcoming PSL 6 matches when he experienced pain in his lower back following which he was examined by a doctor who has advised him for complete rest. Shahid, who appeared in the four Karachi-leg matches, was replaced by Khyber Pakhtunkhwa’s left-arm-spinner Asif Afridi.

The Multan Sultan all-rounder Shahid Afridi on being ruled out ahead of the second league of PSL 6 expressed his disappointment and had said, "While training for the remainder of the HBL Pakistan Super League 6, I felt lower back pain and had to consult a doctor. Unfortunately, I have been advised to rest and can no longer accompany my team Multan Sultans for the Abu Dhabi leg. I am disappointed that I would be sitting out of the tournament, but my best wishes, support, and prayers are with the team to take the trophy."

WE RECOMMEND
Imran Tahir talks about Virat Kohli's consistency and what makes him a class apart
Shahid Afridi ruled out of PSL 6 with lower back injury; Multan Sultans name replacement
MS Dhoni and Sachin Tendulkar combine to trick Shahid Afridi; video explodes online: WATCH
Shoaib Malik rubbishes Afridi's claims, says his captaincy did no harm to latter's career
Younis Khan reveals why Pakistan fans wanted him to get out in Test match against India