Sri Lanka Vs Australia Live Streaming: When And Where To Watch SL Vs AUS 4th ODI In India?

Know how to watch the live streaming of Sri Lanka vs Australia, 4th ODI, scheduled to be played at the R. Premadasa Stadium on Tuesday. 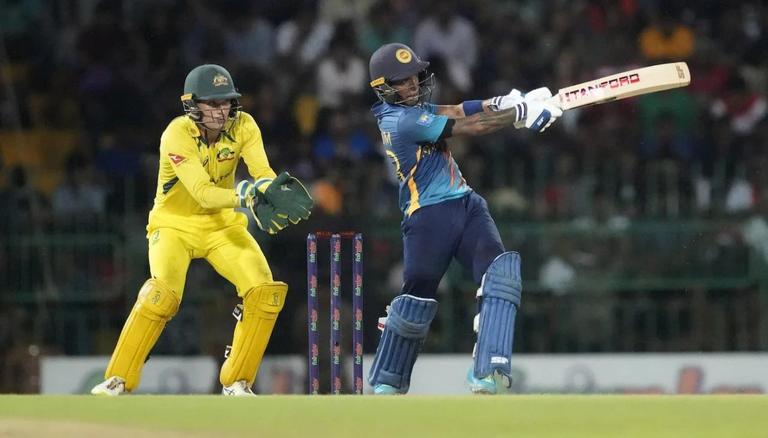 
The Australian cricket team is all set to lock horns with Sri Lanka in the 4th ODI of the five-match series at the R Premadasa Stadium in Colombo in a bid to level the series at 2-2. The Dasun Shanaka-led home team currently leads the series by 2-1, having won two games in a trot after losing the series opener by two wickets. Sri Lanka chased down a target of 292 runs in the third ODI on Sunday and won the match by six wickets.

Earlier last week, Sri Lanka defended a total of 220 runs in the 2nd ODI and levelled the series at 1-1 after picking up a 26-run win. Having said that, both teams have capable players in their squads, who prove to be useful in Tuesday’s match. Aussie skipper  Finch played an 88-ball knock of 82 runs in the last game, while Alex Carey missed out on his fifty by a run.

On the other hand, Jeffrey Vandersay contributed with the best figures of 3/49 in 10 overs for the hosts. Meanwhile, Kusal Mendis and Pathum Nissanka hit a 170-run partnership in the last game, which makes them the most valuable players for Sri Lanka. Mendis retired hurt on 87 off 85 balls, however, Nissanka scored 137 runs off 147 balls.

READ | 'Plan was to bat till end, couldn't continue with run-rate after Finch's dismissal': Shreyas Iyer

Where is SL vs AUS 4th ODI taking place?

When will SL vs AUS 4th ODI start?

Sri Lanka vs Australia 2nd ODI will start at 2:30 PM IST on Tuesday.

Where can we watch live streaming and live telecast of SL vs AUS 4th ODI?

Interested cricket fans can watch the Sri Lanka vs Australia 4th ODI live on Sony Six.  The match will be streamed live on the Sony Liv app.