SS Rajamouli's niece Ishitha Koduri made her debut for Hyderabad during the Women's Senior One Day Trophy game against Himachal on Sunday. 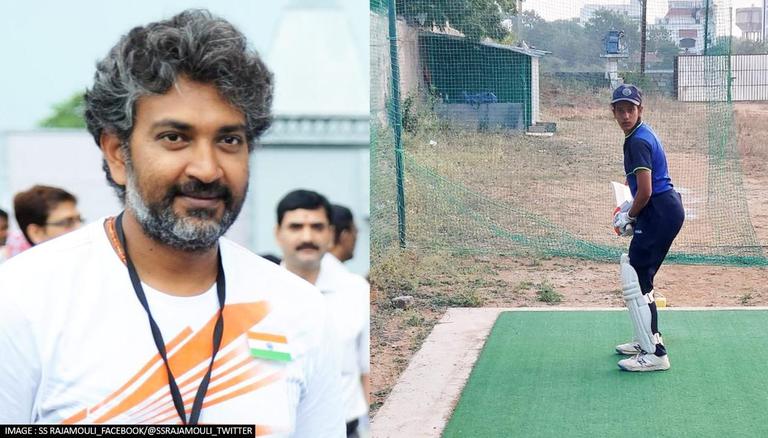 
Baahubali director SS Rajamouli's niece Ishitha Koduri made her debut for Hyderabad during their Women's Senior One Day Trophy at the Alur Cricket Stadium II on Sunday. The news was officially confirmed by the star Tollywood director himself on social media. Taking to his official Twitter handle, SS Rajamouli posted a cut out of a newspaper on one side which highlighted her stupendous performance in the recent Women's U-19 tournament. On the other side of the newspaper cut out was a still of Ishita Koduri's batting session in the nets.

Giving special mention to Ishita Koduri, the senior director wrote that as an avid sports fan, he had tried to push his kids into the arena but they chose different paths. SS Rajamouli then added he was 'delighted' that his niece, Ishitha Koduri, has been selected for the Hyderabad State Senior Women's Cricket team and wished her luck before the first match against Himachal on Sunday.

As an avid sports fan, I had tried to push our kids into the arena but they chose different paths. Delighted that my niece, Ishitha Koduri, has been selected for the Hyderabad State Senior Women's Cricket team and will play against Himachal Pradesh today. All the best thalli.. pic.twitter.com/ASLVUmr3hU

Even the netizens came forward to wish the budding cricketer. Here are some of the reactions.

All the best from fans side sir 💗

Coming back to the Hyderabad vs Himachal Pradesh Women's Senior One Day Trophy game, a spirited Himachal team bowled out Hyderabad Women for a paltry score of 110 in the 35th over with only Keerthi Reddy (36) and Trisha Poojitha (40) managing to show some resistance. Debutant Ishita Koduri faced just one ball but could not get off the mark. She remained unbeaten and did get a chance to showcase her batting skills. She could not get any breakthroughs with the ball in hand either.

Himachal Women won the match comfortably by eight wickets and more than 19 overs to spare.

What's next for SS Rajamouli?

On the work front, the 48-year-old's next movie titled RRR starring Ram Charan and Alia Bhatt is slated to hit the screens on January 7, 2022. The movie is a fictional story about two Indian revolutionaries, Alluri Sitarama Raju (Ram Charan) and Komaram Bheem (NT Rama Rao), who fought against the British Raj and Nizam of Hyderabad respectively. Alia Bhatt will be playing the role of Sita, while Ajay Devgan will make an extended cameo appearance. Set in 1920, the plot explores the undocumented period in their lives when both the revolutionaries chose to go into oblivion before they began the fight for their country.