Pointing out the 'boiling hot' weather in Southampton, Sunil Gavaskar expressed that Kohli might pick Ravindra Jadeja and Ashwin both for the WTC final 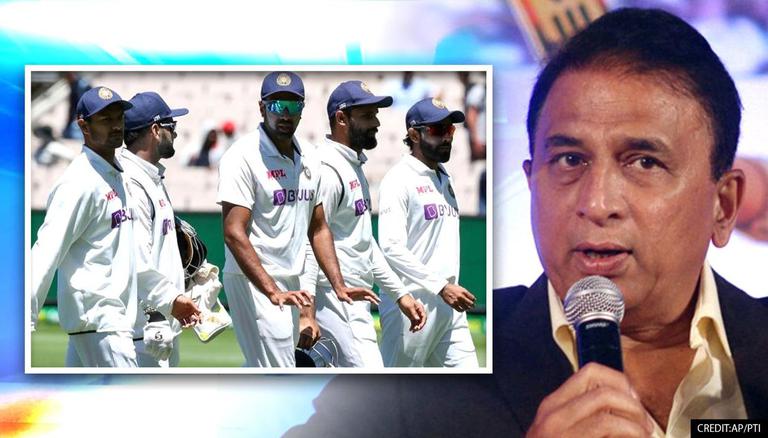 
Ahead of the World Test Championship (WTC) Final between India and New Zealand, former Team India captain Sunil Gavaskar believes that Virat Kohli will defy the odds & expectations as he picks his XI for the summit clash against Kane Williamson's Blackcaps. Pointing out the 'boiling hot' weather in Southampton that might assist spinners as the play progresses, Gavaskar expressed that Kohli might pick Ravindra Jadeja and Ravichandran Ashwin both instead of a full-fletched pace attack that has been the expected norm in England. The Indian pace attack, in the final 15 selected, includes Mohammad Shami, Jasprit Bumrah, Ishant Sharma, Mohammed Siraj and Umesh Yadav.

"In Southampton, it's been boiling hot over the last few days so the pitch will definitely be dry and help spin as the match progresses, so yes both Ashwin and Jadeja will play," Gavaskar told PTI in an exclusive interview.

Gavaskar's expectation might be a word of advice for the Indian skipper, as the legendary India opener has been in Southampton for a while now and will also be commentating for final India vs New Zealand WTC clash. It is not only Jadeja and Ashwin's spin mastery that has prompted his expectation but their all-round abilities that fuelled it.

"That (Ashwin and Jadeja together) also gives depth to the batting as well as give a fine balance to the bowling attack. For the series later (vs England) much will depend on the weather and pitch conditions," he added.

Gavaskar also feels that India will be on the back foot as they are 'under-prepared' having begun training only a week ago while New Zealand will be coming into the final on the back of a two-match Test series against England. Maintaining that India might have had intra-squad matches, Gavaskar also pointed out that Kohli's squad comprises experienced players who have played in England before and the youth as well. The legendary opener has backed India's current Test opener but a veteran of the game, Rohit Sharma to score big in England.

"We saw Rohit Sharma score five incredible hundreds in the World Cup in England two years back. The century he got against South Africa was on a tough pitch and cold conditions and he made the adjustments beautifully. Now two years later he is even more experienced so don't be surprised if he repeats that performance in this series too," he told PTI.

Ahead of the ICC World Test Championship Final, Team India on Tuesday announced the final 15-man squad for the historic event. The Board of Control for Cricket in India (BCCI) on Tuesday shared the 15 member squad that will participate in the first WTC Final against New Zealand. Notably, BCCI has sent a 20-man squad to the United Kingdom for the WTC Final and five-match Test series against England. While the core of the Test team remains intact, KL Rahul, Washington Sundar and Mayank Agarwal are amongst the notable absentees.

WE RECOMMEND
Not Kohli or Pujara, Sunil Gavaskar backs THIS Indian batter to get 3 Test tons in England
Harsha Bhogle pulls out of ICC WTC Final commentary team; tweets reason for his decision
Virat Kohli and Ravindra Jadeja's photoshoots ahead of WTC Final 2021 woo fans
WTC Final: Sachin Tendulkar's advice to 'Good Student' Virat Kohli on cover-drive woes
WTC final: Shubman Gill reveals how his India-A & U-19 stint will benefit him against NZ