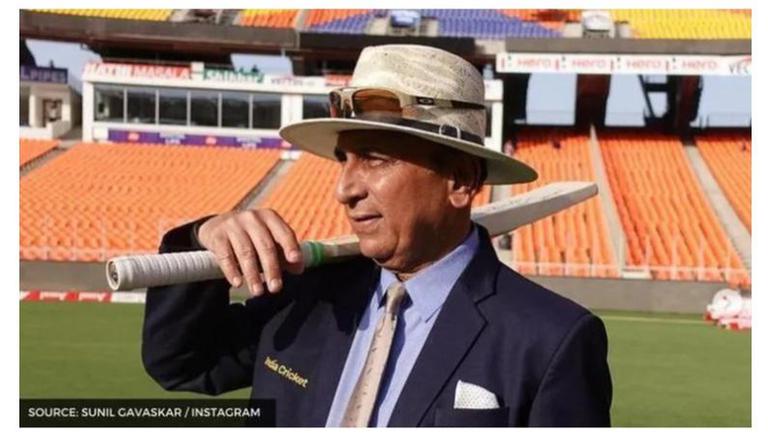 
Sunil Gavaskar needs no mention. He was one of India and world cricket's finest as well as fearless batsmen during the 70s & 80s and was an integral member of the Indian side that won their maiden World Cup in 1983 and the World Championship of Cricket in 1985 (under Sunil Gavaskar's captaincy.

In his illustrious cricketing career spanning 16 years, Sunil Manohar Gavaskar was widely admired for his technique against fast bowling, with a particularly high average of 65.45 against the then mighty West Indies team led by the charismatic Clive Lloyd, who possessed a four-pronged fast bowling attack regarded as the most vicious in Test history.

Meanwhile, the 'Little Master' who is lauded for taking on the then lethal pace attacks all over the world without wearing a protective helmet (batted by wearing a hat ) has now revealed the two fast bowlers who he feared the most during his heydays.

Sunil Gavaskar names two bowlers who were difficult to face

"Two bowlers whom I feared in terms or pace, and quality of bowling. In terms of pace, I think Jeff Thomson was the quickest and in terms of the ability to get you out any time, it was Andy Roberts, with Malcolm Marshall, Richard Hadlee, and Imran Khan just a bit below. But Andy had the great ability to get you out even if you’re past a 100. He was the bowler you had to be most watchful against," said Sunil Gavaskar while interacting on the Cricket Analyst Show.

Sunil Gavaskar's successful cricketing career was filled with a number of accolades. The cricketer with his impeccable batting prowess had claimed all major batting records to his name on the 22 yards. In fact, the 1983 World Cup winner was the first person to score centuries in both innings of a Test match thrice and was also the first Test batsman to score 10,000 Test runs.

Having first burst onto the international arena in 1971, the legendary opening batsman went on to feature in 125 Tests and 108 ODIs for Team India. The right-hander scored 10,122 Test runs at an average of 51.12 and was the first cricketer to scale 10,000-plus runs in the format. Sunil Gavaskar's stats also includes a staggering 34 centuries and 45 half-centuries in the longest format of the game.

WE RECOMMEND
Dinesh Karthik enjoys 'Lunch Date' with legend Sunil Gavaskar
'He is the biggest': Sunil Gavaskar names Indian Icon bigger than him and Sachin Tendulkar
Sunil Gavaskar reveals reason behind not taking up coaching job for Team India
Sunil Gavaskar takes an indirect dig at his 'Contemporaries' over fondness of T20 format
Sunil Gavaskar says India may not dominate world cricket like WI & Aus due to THIS reason