Suryakumar, along with opener Prithvi Shaw and Jayant Yadav have been selected as replacements in the Indian Test squad and will leave for England after T20Is. 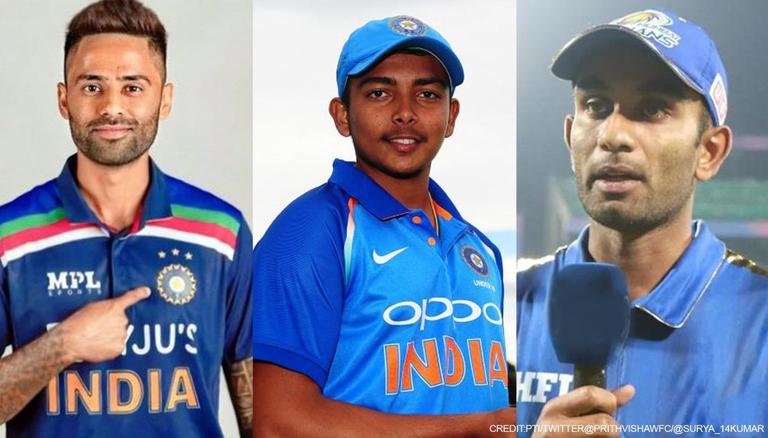 
Indian batsman Suryakumar Yadav has received his maiden Test call-up following an outstanding performance in limited-overs series against Sri Lanka. Suryakumar, along with opener Prithvi Shaw and all-rounder Jayant Yadav, have been selected as replacements in the Indian Test squad following the untimely ouster of Shubman Gill, Washington Sundar, and Avesh Khan due to injuries. Suryakumar, Prithvi, and Jayant will join the Virat Kohli-led side in England for a five-match Test series, starting August 4.

According to the report, team management in England is really pleased with the performances put up by Suryakumar Yadav and Prithvi Shaw in the recently-concluded ODI series against Sri Lanka. While Suryakumar scored a total of 124 runs in the three-match series, Shaw provided a good start to India on two occasions - in the first and third ODIs. As far as Jayant is concerned, he got the call up for his all-round abilities and could come in handy as a replacement for Ravichandran Ashwin or Ravindra Jadeja. Jayant boasts a good Test average of 45.60, including a hundred.

The five-match Test series against England is scheduled to start on August 4. Suryakumar Yadav, Prithvi Shaw, and Jayant Yadav could miss out on the first Test as they will have to quarantine after landing in England. The Indian Test squad recently played a three-day practice game against a County Select XI, which ended in a draw as no result emerged following the conclusion of play on Day 3.