Based on the schedule released by ICC, India will play two warm-up games, one against Australia and one against England in the build-up to the T20 World Cup. 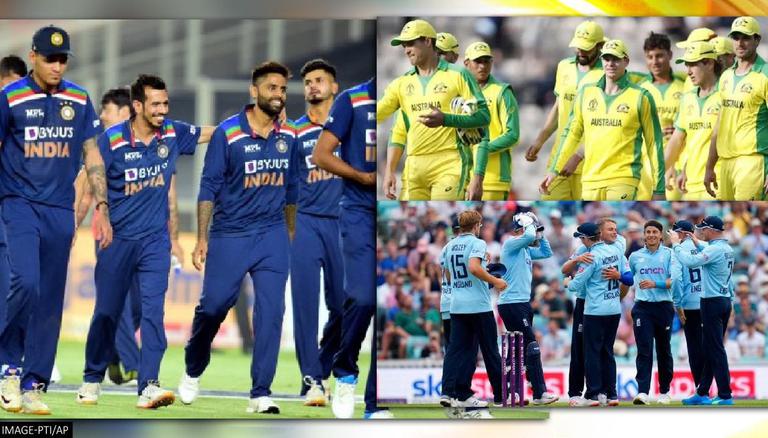 
The International Cricket Council (ICC) announced a set of warm-up matches in the build-up to the upcoming ICC T20 World Cup. The warm-up matches are scheduled to be held while the group stage matches will be ongoing as the top eight ranked teams according to ICC have already qualified for the Super 12 stage. Based on the schedule released by ICC, India will play two warm-up games, one against Australia and one against England.

The two warm-up games are scheduled for October 18 and October 20 with two matches a day. It will be a good way for the teams to figure out their paying XI and batting lineup and it will also help them understand the pitches they will be playing on.

The seventh edition of the T20 World Cup will begin with the Round 1 Group B encounter between hosts Oman and Papua New Guinea on 17 October, with Scotland and Bangladesh, the other teams in Group B, clashing in the evening match on the same day.  Ireland, Netherlands, Sri Lanka, and Namibia, forming Group A, will be in-game in Abu Dhabi the next day, with Round 1 matches running till 22 October. The top two teams in each group will proceed to the Super 12 stage of the tournament, beginning on 23 October.

The second round of the tournament which is the Super 12 stage, will begin in Abu Dhabi on 23 October, with the Group 1 match between Australia and South Africa. This will be followed up with an evening game where England will take on West Indies in Dubai. Old rivals England and Australia will face each other in Dubai on 30 October. The group stage will finish on 6 November with games between Australia and West Indies in Abu Dhabi, and England and South Africa at Sharjah.

The first semi-final is scheduled to be held in Abu Dhabi on November 10 at 6 PM local time. The second semi-final will be hosted by Dubai on 11 November. Both semi-finals have reserve days in case of any rain. The final of the tournament will take place in Dubai on 14 November, Sunday, with Monday acting as the reserve day for the final.