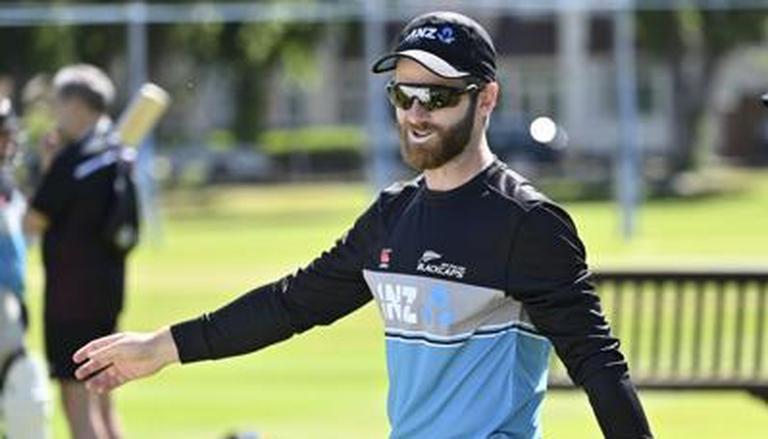 
New Zealand coach Gary Stead has revealed that skipper Kane Williamson suffered a "very slight" hamstring injury while playing for Sunrisers Hyderabad in the IPL. Stead, however, assured that the talisman batsman is fine at the moment and is recovering well to be available for selection ahead of their T20 World Cup campaign opener against Pakistan. Williamson was ruled out of Sunrisers Hyderabad's last game in IPL 2021, which the Orange Army lost to Mumbai Indians by 42 runs.

"Kane's fine. He's just had a very, very slight hamstring twinge, but he's getting through everything at the moment, he's feeling good," Stead was quoted as saying by stuff.co.nz.

Captain Kane Williamson and Devon Conway chatting batting at the first net session of the @T20WorldCup in Dubai. #T20WorldCup pic.twitter.com/I29HR7aVob

Williamson has already joined the New Zealand squad in Dubai to prepare for the upcoming T20 World Cup. Williamson was appointed captain of Sunrisers Hyderabad mid-season after Australian batter David Warner was dropped from the top post following a series of poor performances by his team. Williamson took over the reign of SRH in the penultimate match of IPL 2021 phase one. Williamson played 10 matches in IPL 2021 and scored 266 runs at an average of 44.33, including 2 half-centuries.

While Williamson has already joined the New Zealand camp in Dubai, a few of his teammates are yet to be released by their respective IPL teams with the playoffs still ongoing. Kolkata Knight Riders will lock horns against Delhi Capitals in Qualifier 2 match for a place in the final. The Riders have a couple of Kiwi players on their side including Tim Siefert, Lockie Ferguson, and Tim Southee. Chennai Super Kings, which is already in the final of IPL 2021, also have Kiwi all-rounder Mitchell Santner on their side, who they will release after the final on October 15.

New Zealand is in Group 2 alongside India, Pakistan, and Afghanistan in the ICC T20 World Cup roster. After their opening match against Pakistan, New Zealand will lock horns against India on October 31. The Kiwis are slated to play against the Netherlands in a warm-up game on Saturday.

READ | SRH vs RR: 'Did what he does,' Kane Williamson highly impressed with Jason Roy