Michael Vaughan has said that two RCB stars who shined in the IPL, should be included in Team India's ICC Men's T20 World Cup 2021 squad. Read on. 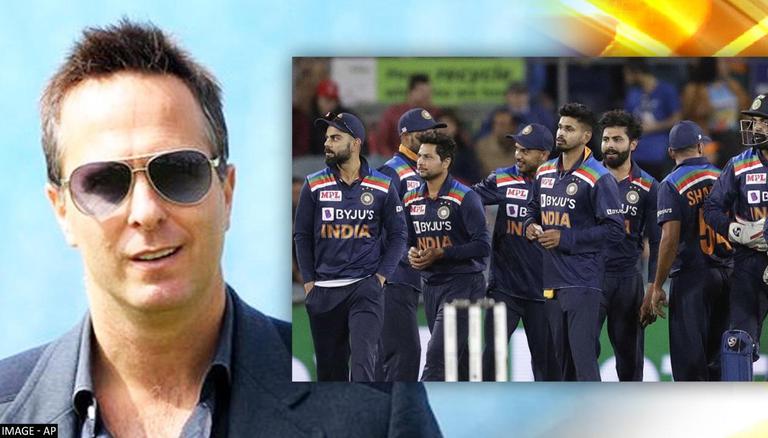 
Former English skipper Michael Vaughan took to his official Twitter handle on Monday, October 11 and put his opinion on the stars of Royal Challengers Bangalore (RCB)’s bowling unit in Indian Premier League (IPL) 2021. Vaughan has said that IPL 2021 stars, Yuzvendra Chahal and Harshal Patel should be included in India’s squad for the ICC Men’s T20 World Cup 2021 squad. Chahal and Patel were Royal Challengers Bangalore (RCB)’s two of the best bowlers in the 2021 season. They have together accounted for a total of 50 wickets in the season, and find themselves at the top of the list of bowlers with the most wickets in the season.

Harshal Patel is the highest wicket-taker in the IPL 2021, with a total of 32 wickets in 15 matches. He has now leveled with Chennai Super Kings (CSK) bowler Dwyane Bravo, who took the maximum of 32 wickets during the 2013 edition of IPL. Meanwhile, Yuzvendra Chahal is the sixth-highest wicket-taker in the 2021 season and RCB’s second player with the most wickets. Chahal has dismissed a total of 18 batters in 15 matches.

Chahal made his International debut for India in 2016 and has gone to represent India in the limited-overs format. He has played a total of 49 T20Is for India and scalped 63 wickets. He last played for India, during India’s limited-overs tour of Sri Lanka in July this year. He was not selected for India’s squad for the T20 World Cup in UAE, as India opted for spinners Rahul Chahar, Ravichandran Ashwin, and Varun Chakravarthy.

Harshal Patel, on the other hand, is yet to make his International debut and has been playing in the IPL since 2012. He has played in 63 IPL matches for sides like RCB and Delhi Capitals. He has a total of 78 wickets in 63 matches. He is the highest wicket-taker in the IPL 2021 and was the main reason behind RCB’s campaign which saw them reach the playoffs. RCB faced defeat by four wickets from KKR in the Eliminator of IPL 2021 on Monday.