In a recent tweet from RCB, Virat Kohli confirmed that the ongoing IPL 2021 will be his last as the captain of the Bangalore-based franchise. 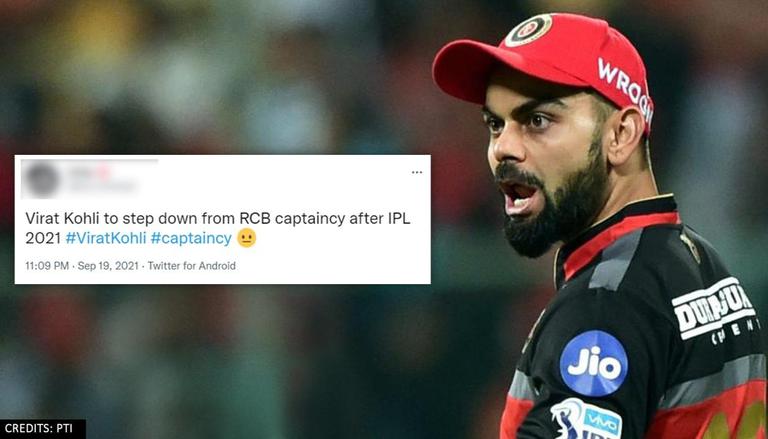 
Days after Virat Kohli announced his decision to step down as Indian T20 captain after the ICC T20 World Cup 2021, fans got yet another shocking news. In a recent tweet from Royal Challengers Bangalore (RCB), Virat Kohli confirmed that the ongoing IPL 2021 will be his last as the captain of the Bangalore-based franchise. This decision comes off as a surprise given that a mega auction is due early next year, raising eyebrows if the franchise and the player are looking to continue their partnership beyond the season.

Virat Kohli to step down from RCB captaincy after #IPL2021

“This will be my last IPL as captain of RCB. I’ll continue to be an RCB player till I play my last IPL game. I thank all the RCB fans for believing in me and supporting me.”: Virat Kohli#PlayBold #WeAreChallengers pic.twitter.com/QSIdCT8QQM

This news comes as second major announcement for the cricketing world from the batsman who had already announced that he will be stepping down as the Indian T20 captain. Under Virat’s leadership, India has failed to win a single ICC event. The same goes in the Indian Premier League. Virat took over RCB’s captaincy in 2011 but has failed to lift the trophy. Virat has led RCB in 132 games so far, winning 60 and losing 65. He has a win percentage of 48.04 %.

In the ongoing edition of the IPL, the Bangalore-based franchise is placed at the third position in the points table. They have won five games of the total seven played and have 10 points under their belt. The RCB fans will be hoping for Kohli to lead his side to the franchise’s first IPL title.

The fans were left shell-shocked and in disbelief, with fans of RCB hoping for the team to clinch the title and give a fitting end to Virat’s leadership. The aggression that Virat brings along with his captaincy will surely be missed from the next season. The lay-off from the leadership duties will help Virat to perform at his true potential without the burden of the captaincy. He is hopeful of performing and contributing to the team’s success in the coming years.

Stepping down from Indian T20i captaincy after this year's World Cup

Stepping down from #RCB captaincy after this year's #IPL2021

All the focus shall be on #Kohli the "T20 batsman". King has established his future priorities for the shortest format of the game, very clearly! 👍

His decision of leaving RCB captaincy hurts more than leaving T2OI captaincy. Has been seeing him leading RCB since I started watching IPL.💔

After hearing Virat kohli is quitting RCB captaincy, too.
His fans pic.twitter.com/RcpIkLJQ07

Never thought he will give up his rcb captaincy 💔💔💔 #rcb #captaincy

WE RECOMMEND
As Virat Kohli steps down as T20 Captain, here's a look at T20 records held by him
IPL 2021: DC, CSK, RCB on top of points table while others fight for Playoff berth
AB de Villiers lands in UAE, joins RCB camp for second phase of IPL 2021; See picture
RCB blue jerseys to be auctioned for offering free COVID-19 vaccines to lesser privileged
RCB to wear Blue Jersey in IPL 2021 Phase 2 as respect to COVID frontline warriors
Listen to the latest songs, only on JioSaavn.com