Virat Kohli's double century left Anushka Sharma and many others like Arjun Kapoor and Varun Dhawan awed as they praised the Indian captain on social media.

Virat Kohli asserted his ‘King Kohli’ status once again as he sent the South African bowlers to all parts of the Pune ground on Day two of the second Test. The Team India captain achieved multiple feats with his knock of 254 not out. The 30-year-old notched up his seventh double hundred, the first Indian to do, beating the legendary Sachin Tendulkar and Virender Sehwag, and also went on to achieve his highest Test score and hit the 7000-run mark in his career too. Virat Kohli’s outstanding knock, apart from putting India in a dominant position, with a score of 601/5 in the first innings, earned praises galore on social media. While #KingKohli was trending on social media, even wife Anushka Sharma was lovestruck. Other actors like Arjun Kapoor and Varun Dhawan too were awed.

READ: Anushka Sharma's Traits Depict That She Is A Taurean By Nature

It is a common sight to see Virat Kohli achieving a milestone, Anushka Sharma cheering in the stands, and the Captain raising his bat to his ladylove and even blowing a kiss to her sometimes. When she is not in the stands, she often cheers on social media. As her husband notched up his best Test score, Anushka Sharma’s reaction was what every Indian fan felt at the moment, loads of love. Sharing a snap of Virat Kohli with his bat and helmet raised to the applauding audiences, the NH 10 star posted three heart emojis. 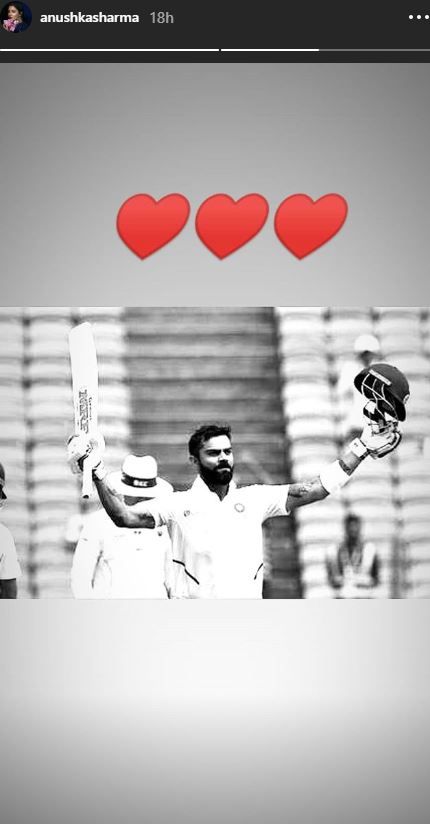 Not just Anushka, others like Arjun Kapoor and Varun Dhawan too lauded the man. Arjun termed him as a man on ‘fire’ and the 'heartbeat of the nation.' He wrote, “Man’s on FYREEEEEE! What a brilliant performance by the Indian skipper @imVkohli! Keep it up brother, you’re the heartbeat of the nation….” Varun shared a video from where he was watching the match and captioned it, “200 for Virat”. 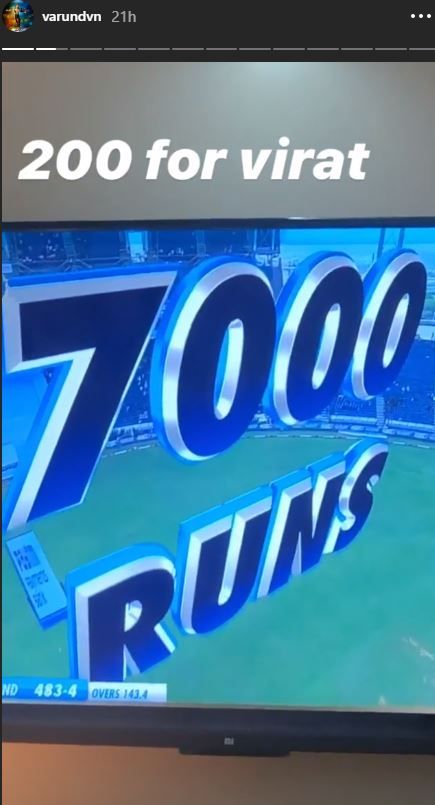 Before Virat’s 254 not out, opening batsman Mayank Agarwal's 108 had set India up for a big total. His partnership of 138 runs with Cheteshwar Pujara (58) turned out to be crucial for the team.  Later, Virat Kohli was ably supported by Ajinkya Rahane (59) and Ravindra Jadeja’s (91) quickfire knock. At day 3’s lunch, South Africa were tottering at 136/6 with pacers Umesh Yadav and Mohammed Shami picking up 3 and 2 wickets respectively while Ravichandran Ashwin took one wicket.