Virat Kohli was spotted playing gully cricket with kids in Indore. The Indian team is set to take on the Asian rivals in a 2-match Test series starting Nov 14.

Ahead of the Test series vs Bangladesh, Indian captain, Virat Kohli was spotted playing gully cricket with a bunch of kids in the outskirts of Indore, Madhya Pradesh on Tuesday.

The Indian team is set to take on the Asian rivals in a two-match Test series as part of the ongoing World Test Championship. The first Test of the series is scheduled to start from November 14, Thursday at the Holkar Stadium in Indore.

During a shoot in the Bicholi Mardana area in Indore, Kohli was spotted playing cricket with kids on the streets in a video which has gone viral on social media. The Indian captain was rested by the selectors for the recently-concluded T20I series against Bangladesh, which India won 2-1 under Rohit Sharma's captaincy. He will be returning to lead the side in Tests and will aim to continue his side's unbeaten streak in the World Test Championship.

Kohli was dressed in jeans and a casual shirt. He was bowling initially to a kid who flat batted one straight past the India captain. Later, he was also spotted hitting a big shot.

In the recent past, Rohit Sharma has also played gully cricket and surprised his fans. Last year, before Sharma slammed his 21st ODI ton against West Indies in Mumbai, he was spotted playing gully cricket a day before the match in the city. Here's a look at him playing with the kids. 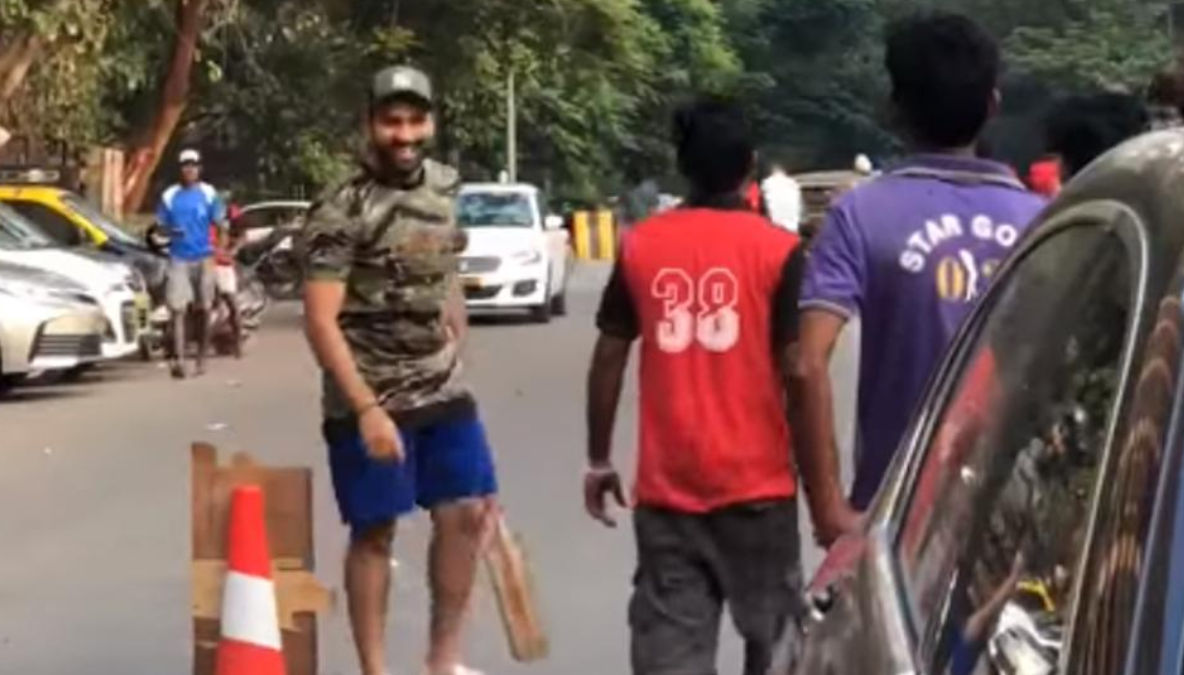 Virat Kohli enjoyed his sabbatical with wife Anushka Sharma in Bhutan. He also celebrated his 31st birthday in the country where the couple were spotted spending quality time with the locals. Kohli will be looking to get back to action now, resuming his duties on the cricket pitch.

Kohli was in impeccable form in the three-match Test series against South Africa, which the hosts won comprehensively by 3-0. Kohli led from the front, scoring 317 runs in four innings at a stunning average of 158.50 with a double century.

India have never lost a Test series against Bangladesh so far and the Kohli-led side will be keen to keep that record intact in the upcoming two-match rubber.