Virat Kohli on Wednesday attended a pre-series press conference, where he addressed the ongoing rift between him and the BCCI administrators. 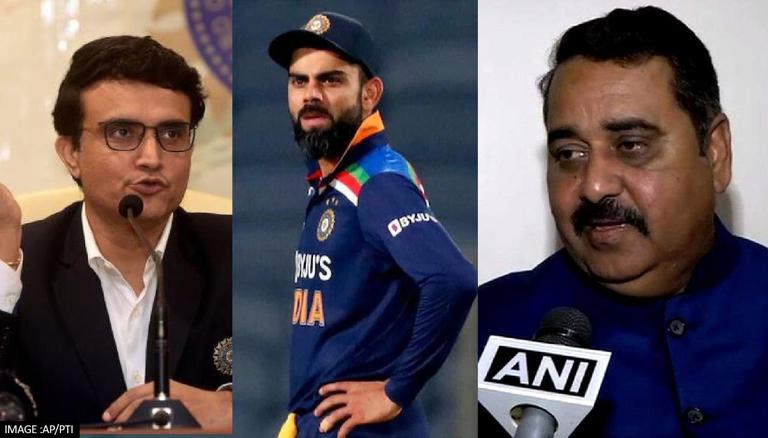 
Indian Test skipper Virat Kohli's childhood coach Rajkumar Sharma has finally opened up on the rift between the former World No. 1 batter and the Board of Control for Cricket in India (BCCI), which is currently headed by ex-cricketer Sourav Ganguly.

Sharma, while speaking to India News, said the communication gap between Kohli and the BCCI should not have happened, stating that there should be transparency. Sharma's comment comes after Kohli revealed that he was only communicated by the BCCI one-and-a-half hours before his sacking as ODI captain.

Kohli, on Wednesday, attended a pre-series press conference, where he addressed the ongoing rift between him and the BCCI administrators.

Kohli, in his presser, contradicted BCCI president Sourav Ganguly over the latter's earlier comment where he claimed that he had personally requested the Indian captain not to relinquish T20I captaincy. Kohli told reporters on Wednesday that no one from the board had any reservations when he informed them about his decision to step down as India's T20I captain.

Sharma, while speaking on the matter, expressed disappointment and said that the communication gap should not have happened.

"I hadn't heard anything like this before, and I didn't see Virat's press conference either. It is very unusual. This misunderstanding should not have occurred. I believe there should be transparency between them, and I'm not sure why this hasn't happened or why there was such a communication gap," Sharma said.

Meanwhile, Ganguly had earlier told ANI that the call to remove Kohli as India's ODI captain was collectively taken by the BCCI and the selectors.

Ganguly said: "It's a call that the BCCI and the selectors took together. Actually, the BCCI had requested Virat to not step down as the T20I skipper but obviously, he did not agree. And the selectors then did not feel it right to have two different captains for two white-ball formats."

As far as Kohli is concerned, the right-handed batter is currently in South Africa for a three-match Test and ODI series. Team India players arrived in Johannesburg on Thursday and are undergoing one-day isolation before being allowed to resume training ahead of the 1st Test starting on December 26.