Was Virat Kohli Relieved Of His ODI Captaincy Due To 'trust Issues' In The Dressing Room?

Virat Kohli had stated his desire to lead the team in ODI and Test format, however, BCCI decided to ring in changes by taking away Virat Kohli ODI captaincy. 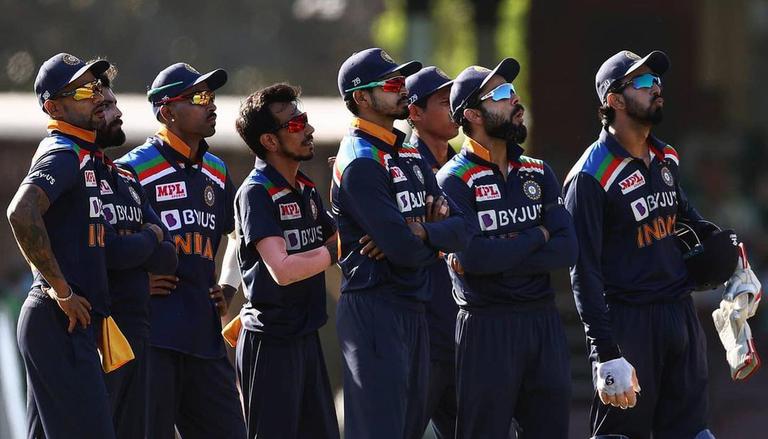 
The Board of Control for Cricket in India (BCCI) made a major decision on Wednesday by removing Virat Kohli as the skipper of the ODI team and handing the reigns to Rohit Sharma. After stepping down from T20 Captaincy post-World Cup, Virat Kohli had stated his desire to lead the team in ODI and Test formats, however, BCCI decided to ring in changes by taking away Virat Kohli's ODI captaincy. The lack of ICC trophies had not only brought Virat Kohli ODI captaincy under the scanner but the mood inside the dressing room was not very great either.

Did Virat Kohli lose the trust of his teammates?

PTI reported that Virat Kohli became a detached personality once he was handed the captaincy of the team and, most juniors found an elder brother who offered a "reassuring arm around their shoulder" in the form of Rohit Sharma. According to various media reports citing PTI as a source published on September 16, a former cricketer has spilled the beans on what went wrong with Virat Kohli's captaincy. He had stated,

"The problem with Virat is his communication. In the case of MS (Dhoni), his room would be open 24x7 and players could just walk in, play the PS4, have a meal and let their hair down and if required talk cricket. Beyond the ground, Kohli is literally incommunicado. Rohit has shades of MSD but in a different manner. He takes the junior players out for meals, gives them a friendly pat on the back when they are down and knows the mental aspects of a player's make-up inside out,"

"The biggest problem with Virat has always been trust issues. He speaks about clear communication but where he had lost respect as a leader is lack of communication," a player, who had been a part of that Indian dressing room a couple of years back

While Virat Kohli may have lost the faith of players inside the dressing room, he did boast of an impressive captaincy record. Virat Kohli took over as India's full-time white-ball captain from MS Dhoni in 2017. In 95 ODIs, he won 65, giving him a winning percentage of 70-plus. Only 3 captains including Clive Lloyd, Ricky Ponting, and Hansie Cronje have a better win percentage than Kohli.

Many believed the T20 World Cup to be a do-or-die situation for captain Kohli, but a string of failed performances added to his worries as India faltered before the semi-final stage. Rohit Sharma, on the other hand, has evolved as one of the finest white-ball captains, winning 5 IPL titles with Mumbai Indians as well as the Nidahas Trophy and the Asia Cup with Indian team in 2018.

WE RECOMMEND
Beginning Of End: Kohli refuses to step down, BCCI cracks whip, opts for proven leader in Rohit
IND vs SA: 3 major names missing as BCCI announce squad; Rahane sacked as Test deputy
Virat Kohli dances to 'My Name Is Lakhan' on field yet again, video goes viral
Virat Kohli names Indian newcomer who 'has a potential to play for a long time' for India
BCCI allows Team India to tour South Africa for 3 Tests & 3 ODIs, T20Is to be played later
Listen to the latest songs, only on JioSaavn.com