Even before the remaining portion of the PSL 2021 is resumed, Quetta Gladiators fast bowler Anwar Ali has tested positive for Covid-19. 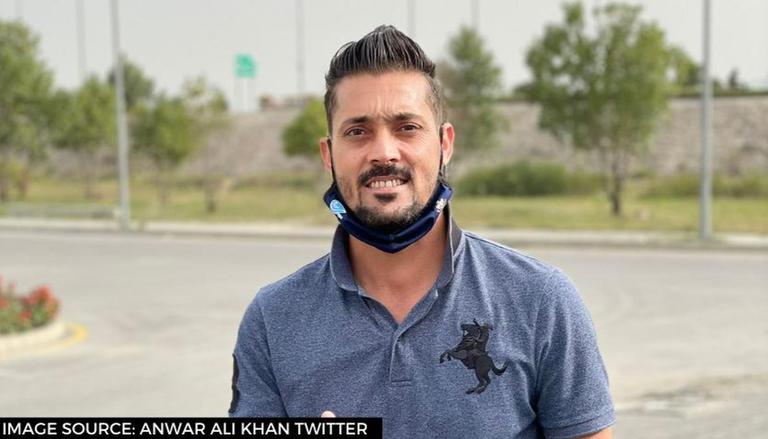 The Pakistan Super League (PSL) is geared to resume the remaining portion of the league in the UAE after the Pakistan Cricket Board (PCB) received all the necessary approvals and exemptions from the UAE government. Earlier in March, the PSL 2021 season was suspended after seven people tested positive for Covid-19 in the bio-bubble environment of different teams. Now, even before the remaining portion of the PSL is resumed, Quetta Gladiators fast bowler Anwar Ali has tested positive for Covid-19.

What happened to Anwar Ali before the start of PSL 2021?

The news of Anwar Ali Covid-19 report returning positive has left the fans wondering, “What happened to Anwar Ali?”. Two chartered flights carrying the PSL players are set to leave from Karachi and Lahore on Wednesday on their way to the UAE. Before boarding the chartered flight, the players had to return two negative tests and Anwar Ali’s second test came positive.

The Quetta Gladiators fast bowler had returned a negative test before checking into the hotel in Karachi. However, a second Covid-19 test was conducted in the hotel and the Anwar Ali Covid-19 report came positive. The fast bowler will have to miss the chartered flight as he will have to isolate for a period of ten days in the hotel as per the protocols.

He will be allowed to leave the hotel only after returning two negative tests. Meanwhile, all PSL players and non-playing personnel landing in the UAE will have to spend a 7-day quarantine in their hotel rooms after which they will be allowed in the bio-bubble environment.

Earlier, the Pakistan Cricket Board (PCB) also had to release fast bowler Naseem Shah from the remaining part of the PSL over an alleged breach of Covid-19 protocols. According to a press release issued by the board, Naseem Shah was released from the isolation in Lahore after he breached the protocols for departure from Pakistan, where players were required to present a negative RT-PCR test result taken not more than 48 hours prior to arrival. However, Naseem Shah allegedly produced a test result that was conducted on May 18 after which he was placed into isolation.

The PSL 2021 also received a blow after Pakistan's former all-rounder, Shahid Afridi who played for the Multan Sultans was ruled out of the tournament. As per the official PSL website, Shahid Afridi was training in Karachi for the upcoming matches when he experienced pain in his lower back after which he was examined by a doctor who advised him for complete rest. Shahid Afridi injury will see him being replaced by Khyber Pakhtunkhwa’s left-arm-spinner Asif Afridi who would be joining the Sultans squad in Abu Dhabi.