Yuvraj Singh, regarded as one of the greatest batters, was a key member of Team India for a long period before being forced off the field due to cancer. 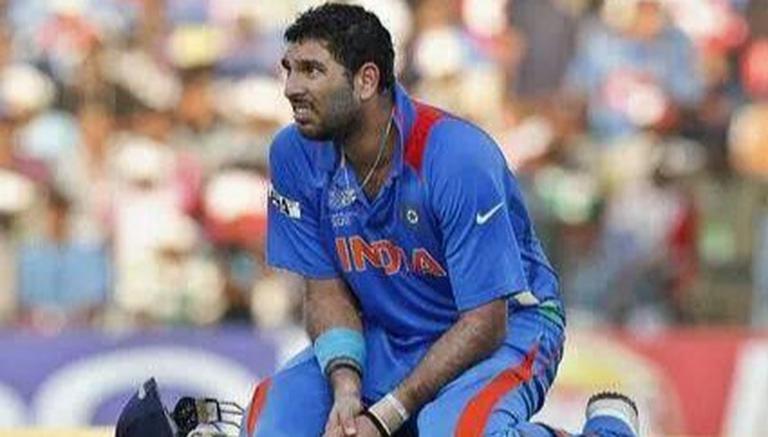 
Yuvraj Singh, the former Indian all-rounder, turned 40 today, and greetings from all around the world flooded in for the 2011 World Cup winner. Yuvraj Singh, regarded as one of the most explosive batters of his generation, was a key member of Team India for a long period before being forced off the field due to cancer. Yuvraj was diagnosed with cancer in 2011 following which he underwent successful surgery in the United States. However, long before receiving treatment for the terrible disease, the infamous all-rounder was already a World Champion and had helped India win its second World Cup in five years.

Yuvraj played in the 2011 World Cup without realising he was fighting cancer, which was taking a massive toll on his body during the coveted tournament. Yuvraj was even seen coughing blood while batting in the middle of a match against the West Indies, but the renowned cricketer never considered leaving and continued to bat for India despite the pain. In the game, he scored a magnificent century and was named player of the match for his outstanding performance.

Here's a look at how Yuvraj helped India cross the finish line against West Indies in the 2011 World Cup:

India captain MS Dhoni won the toss and elected to bat first against the Caribbean side. India lost its openers Gautam Gambhir and Sachin Tendulkar early. Yuvraj then forged a crucial 122-run partnership along with Virat Kohli to help steady the Indian ship. While Kohli got out early, Yuvraj went on to score 113 runs off 123 balls. His innings consisted of 10 boundaries and 2 sixes. Yuvraj was dismissed by West Indies all-rounder Kieron Pollard. India were bowled out for 268 runs.

In the second innings, Yuvraj picked two wickets from the four overs that he bowled in the match. Zaheer Khan's three-wicket-haul and Ravichandran Ashwin's 2 wickets helped India restrict West Indies for just 188 runs. Harbhajan Singh and Suresh Raina also picked a wicket each. India eventually won the match 80 runs. Yuvraj went on to play other memorable innings during the course of the competition and even won the player of the tournament award for his consistent performance.