Who Is Andrew Flintoff Wife? Ashes 2005 Hero's Romantic Side Wins Fans Over 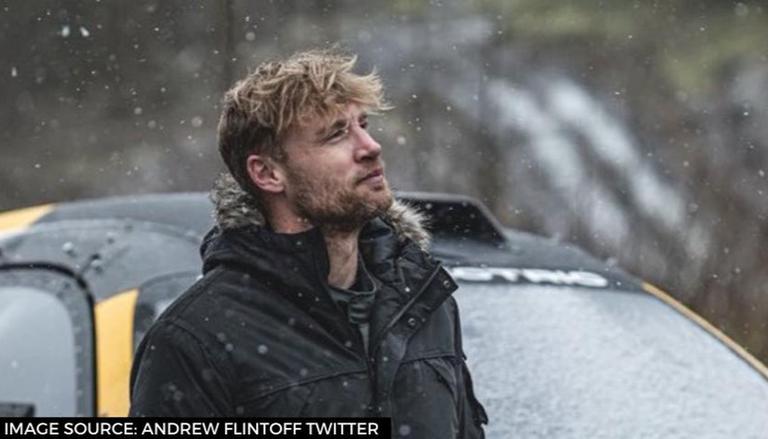 Even though the former English cricketer, Andrew Flintoff retired from all forms of cricket nearly a decade ago, fans still cherish his 2005 Ashes performance which helped the England cricket team lift the Ashes for the first time since 1989. The former cricketer, who has switched his role as a television and radio presenter while co-hosting the famous “Top Gear” series, has been married to Rachael Wools Flintoff since 2005. Here’s a look at, “Who is Andrew Flintoff wife?” and how the celebrity couple met.

Who is Andrew Flintoff wife?

The former cricketer and now television and radio presenter, Andrew Flintoff is married to Rachael Flintoff. According to thesun.co.uk, Rachael Wools Flintoff was previously a model and currently is involved in the profession of entrepreneurship. Rachael Wools Flintoff, who is now 40 years old, used to run an event management company called Strawberry Promotions from the age of 19.

Her company is the reason for the couple to meet back in the year 2002. Rachael Wools was at an event to promote her business where she met her husband at the Edgbaston Cricket Ground in Birmingham. Wools has appeared in various magazines as she was previously associated with the Storm Models agency.

After meeting for the first time in 2005, the couple tied the knot in March 2005 at the Pavilion Road Hotel in London. The celebrity couple has 4 children named Holly Flintoff, Corey Flintoff, Rocky Flintoff and Preston Flintoff. The youngest son of Andrew Flintoff, Preston was born on Christmas eve of 2019.

Flintoff retired from all forms of cricket on September 16, 2010, citing injuries that kept him away from the game. Fans were surprised when he announced his debut as a professional boxer back in 2012. However, the Andrew Flintoff boxing career was short-lived as he played only a professional boxing match on November 30, 2012. He defeated American boxer Richard Dawson by the scorecard.

Explore Britain like never before with the return of #TopGear this Sunday at 8/7c on @BBCAMERICA. pic.twitter.com/Shfs8ThrVb

According to celebritynetworth.com, Andrew Flintoff net worth is estimated to be around USD 20 million (approx. INR 145 crore). After being in the sports circuit as a cricketer and later a boxer, Flintoff currently has suited himself as a television and radio presenter. His net worth mostly comprises of the earning from being a part of various shows while recently being the co-host of the famous TV show “Top Gear”. According to sun.co.uk, the Andrew Flintoff house is worth 2.5 million pounds. The Andrew Flintoff house is located in Altrincham, Greater Manchester where he lives with his family

Disclaimer: The above Andrew Flintoff net worth information is sourced from various websites and media reports. This website does not guarantee 100% accuracy of the net worth figures.