Who Is Nicholas Pooran Wife? PBKS Batsman Congratulated By Fans On Confirming Wedding 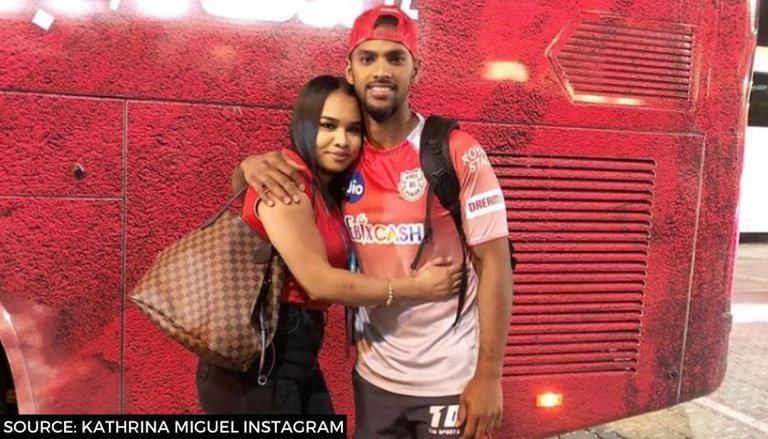 West Indies cricketer and Punjab Kings batsman Nicholas Pooran got married to his fiance Alyssa Miguel in a wedding ceremony. The duo, who has been reportedly dating since 2014, tied the knot on Tuesday. Nicholas Pooran popped the big question to Alyssa at the end of last year after the conclusion of the IPL 2020 and she accepted the proposal.

The Nicholas Pooran marriage announcement was made by the cricketer himself on Instagram. Taking to the photo and video sharing app, Pooran shared a beautiful photo of the two in their wedding outfit and also posted a heartwarming caption. The southpaw wrote, "Jesus has blessed me with many things in this life. None greater than having you in my life @kathrina_miguel .
Welcoming Mr. and Mrs. Pooran ".

On the Nicholas Pooran marriage occasion, the official Twitter handle of Punjab Kings took to the micro-blogging site and congratulated the couple on their wedding and the start of a new partnership. They also wished the couple a lifetime of togetherness and happiness. Here's a look at PBKS' tweet -

Many congratulations on the start of this beautiful partnership. 💫

Wishing you both a lifetime of happiness ❤️ @nicholas_47 pic.twitter.com/kGpu952vnD

Who is Nicholas Pooran wife?

The Nicholas Pooran wife, who is also known as Kathrina Miguel, knows the cricketer since childhood. The two have reportedly been dating for seven years. Miguel came into the limelight during the IPL 2020 when she was seen cheering for her husband and PBKS. The couple has kept fans updated about their personal lives through their respective social media accounts. Miguel also keeps posting beautiful pictures of her on Instagram where she has a following of 16.5k followers. The duo are expected to stay in the Nicholas Pooran house, which is said to be in Trinidad.

The Nicholas Pooran IPL 2021 stint was a forgettable one. In seven matches, the West Indian star scored just 28 runs at an awful average of 4.66 and a dismal strike rate of 84.84. With her lady luck on his side now, Pooran will hope to get back amongst the runs when the IPL 2021 resumes in September.

READ | 'IPL participation will be discussed once we regroup': CA boss Nick Hockley

Nicholas Pooran had showcased some brilliant athleticism on the field as he saved a big six during the IPL 2020 league match between Rajasthan Royals and Punjab Kings at the Sharjah Cricket Stadium. It all happened in the 8th over of Rajasthan's mammoth run chase of 224 that was bowled by Murugan Ashwin. On the third delivery, spinner Murugan Ashwin bowled half-tracker and Sanju Samson clobbered it effortlessly.

At one point, it appeared as if the ball would travel the distance. However, it was not to be as Pooran who was stationed at deep mid-wicket stretched forward to take a one-handed stunner with his left hand and when he learned that he would not be able to complete the catch as he was already heading towards the boundary rope, the West Indian player threw the ball back just in the nick of time before landing on the other side of the boundary. The Nicholas Pooran catch in IPL 2020 had stunned the cricketing fraternity. Here's the video of the sensational save -