Venkatesh Iyer was handed his maiden cap for KKR ahead of the UAE leg of IPL 2021. Here are five lesser-known facts about the new cricket sensation. 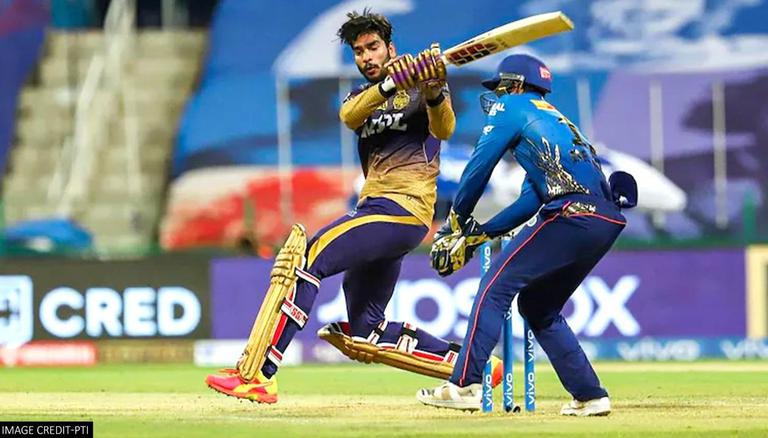 
Kolkata Knight Riders (KKR) batsman Venkatesh Iyer had left fans impressed with his blistering knock of 41 runs on his IPL 2021 debut against Royal Challengers Bangalore (RCB) on September 20. On Friday, he returned to the fields will another stunning performance smashing 53 runs off 29 balls, studded with six fours and two sixes in his innings against Mumbai Indians (MI).

The 26-year-old, who was handed his maiden cap for the franchise ahead of the UAE leg of IPL 2021, has been roped into the team on the back of his strong domestic records. The cricketer had amassed a mammoth 198 runs in the Vijay Hazare Trophy while playing against Punjab in the latter half of February 2021. Here are five lesser-known facts about the KKR sensation.

Born in a Tamil-speaking family in Indore, Venkatesh Iyer revealed that he was always a bright student and would have likely ended up at an IIT if there was no cricket in the picture. He told espncricinfo, "I decided to give up my CA and pursue an MBA in finance. Honestly, I didn't have to put in a lot of effort to manage both. I'm not bragging, I've always been a bright student..." He added, "Had there been no cricket, I would have landed in an IIT (Indian Institute of Technology) or IIM (Indian Institute of Management)."

Iyer shared that had topped his intermediate (senior-secondary) examinations. He was getting ready to enrol for a B.com degree, while simultaneously preparing for CA Finals. However, at one point, it was a choice between appearing for either the CA finals or Cricket in 2016. The cricketer chose to pick the latter.

Gave up a job offer at Deloitte

He has also disclosed he had landed a job in multinational accounting firm- Deloitte in 2018, which is known as one of the 'big four' in the field. However, because he wanted to pursue cricket, he gave up the offer. He made his Ranji Trophy debut for Madhya Pradesh shortly after.

Mother encouraged him to pursue sricket

When it comes to his interests outside of academics and cricketer, Iyer is a big Rajinikanth fan and never misses a Thalaivaar movie. “(I am) a Thalaivar (boss) devotee. I can watch his movies ‘n’ number of times. He’s a legend," he shared in an interview.