Who Was Minal Modi, Late Wife Of Lalit Modi? Here's Everything You Need To Know About Her 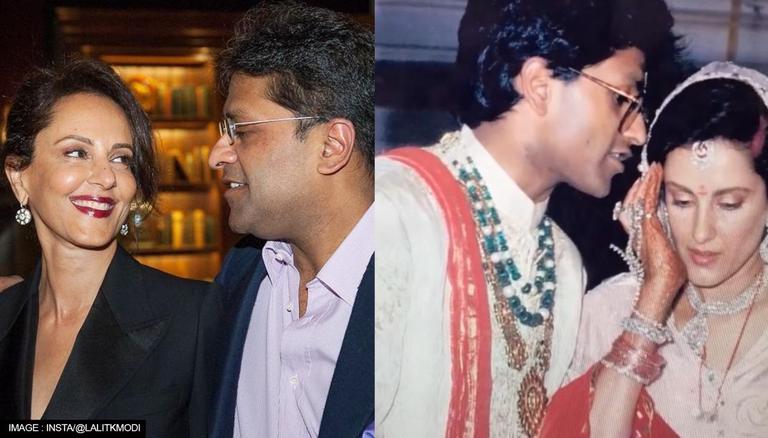 
Former IPL commissioner Lalit Modi recently sparked a social media frenzy after he announced his relationship with former Miss Universe Sushmita Sen. The businessman posted a bunch of pictures on social media from his recent trip to the Maldives with Sen while referring to her as his 'better-half' in the caption.

Before announcing his relationship with the Aarya star, the Indian businessman had been quite secretive about his personal life. Both remained tight-lipped about their relationship and hence never made it public. While people are still trying to grasp the news of his relationship, not many know that Lalit was earlier married to Minal Modi. Read on to know more about Lalit Modi's ex-wife.

Who was Minal Modi?

Before getting into a relationship with longtime friend Sushmita Sen, Lalit Modi was married to the late Minal Modi. The two tied the knot in 1991 and remained together till 2018. At 64, Minal passed away after her battle with cancer. For the unknown, Minal Sangrani was the daughter of Pesu Aswani, who was a Nigeria-based Sindhi Hindu businessman. Minal, before Lalit, was married to another Nigeria-based Sindhi businessman, Jack Sagrani.

The courtship period between the two started soon after Minal parted ways with Jack. Minal's family opposed her relationship as she was a divorced mother and had nine years age gap with the businessman. Despite the opposition, the couple tied the knot in 2018. The couple gave birth to two children - son Ruchir Modi and daughter Aliya. Lalit Modi also has a step-daughter Karima Sagrani from Minal's first marriage.

While pictures from Lalit and Sushmita's intimate vacation have gone viral on social media, an old picture of Minal along with Lalit and Sushmita from an event also caught the attention of fans. In the throwback picture shared by the business tycoon, the trio, Sushmita, Minal, and Lalit can be seen engaged in an intense discussion at an event.  Meanwhile, Sushmita Sen was earlier in a relationship with model Rohman Shawl for three long years until 2021, after which both of them publicly announced their breakup. Years ago, she was in a much-talked-about relationship with filmmaker Vikram Bhatt.