Robin Uthappa has spoken about who will be MS Dhoni's successor as the skipper of CSK, as the franchise retained Dhoni ahead of the IPL 2022 mega auction. 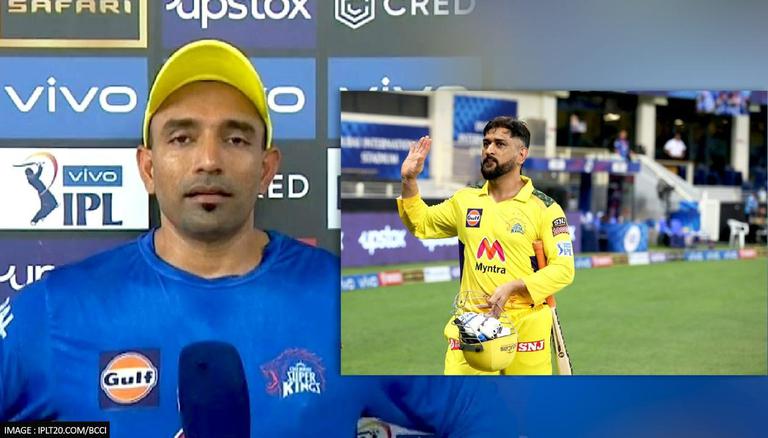 
Indian Premier League (IPL) 2021 champions Chennai Super Kings (CSK) retained Ravindra Jadeja, MS Dhoni, Moeen Ali, and Ruturaj Gaikwad ahead of the IPL 2022 mega auction and elucidated that Dhoni is still their mainstay for the next three years. However, having already crossed the age of 40, Dhoni is expected to play a few seasons for the Super Kings before he hangs his boots as the skipper and also as a player. Meanwhile, having won the IPL 2021 title with CSK, Indian batter Robin Uthappa has dropped a big hint about Dhoni’s probable successor in the CSK’s captaincy role.

During a chat with Star Sports, Uthappa expressed his thoughts on the retentions made by CSK and suggested it was MS Dhoni’s choice to not be retained as their no. 1 player. Adding that Jadeja being chosen over Dhoni as the first retention was Dhoni’s choice, Uthappa added, “I am sure that is MS Dhoni’s doing itself. He knows the value that Jadeja has to the unit. I think from what I understand, Jadeja might be someone who could end up leading the squad in the future as well when MS Dhoni retires. They have given him the due he deserved”. Jadeja is being touted as the next skipper of CSK as he is one of the most prominent players to have represented CSK in history.

Jadeja was roped in by CSK in the IPL 2012 auction and played 53 matches for the franchise before playing two seasons for the Gujarat Lions. He returned to CSK in 2018 and played an integral role in that year’s tournament as CSK lifted their third IPL trophy in 2018. In his IPL career of 200 matches, Jadeja has a total of 127 wickets to his name, alongside the total of 2386 runs he has scored in the tournament. He dismissed 13 batters in the 2021 title-winning season, and also contributed with a total of 227 runs with the bat. His best performance in the previous season included his unbeaten knock of 62 runs alongside, the best bowling effort of 3/13 at an economy rate of 7.06.

WE RECOMMEND
IPL Retention: Check out each team's auction purse ahead of the mega auction
IPL 2022, CSK retention list: 4 players CSK have retained before mega auctions
IPL 2022: KL Rahul's first reaction on leaving Punjab Kings; 'see you on the other side'
Explained: Why DC lost ₹50 lakh more from their auction purse than CSK, KKR & MI
Ahmedabad's IPL 2022 plans in jeopardy as BCCI could probe CVC Capital's betting violation
Listen to the latest songs, only on JioSaavn.com