WI Vs AUS 1st ODI Live Streaming: When And Where To Watch West Indies Vs Australia Live?

WI vs AUS: West Indies take on Australia in the first ODI at Kensington Oval in Bridgetown, Barbados on Wednesday, July 21 at 12:00 AM IST 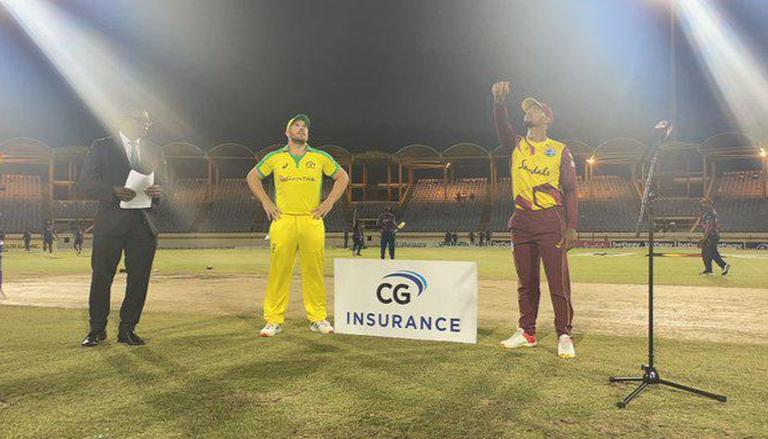 
West Indies and Australia will face off against each other in the first one-day international of the three-match series at Kensington Oval, Bridgetown on Wednesday. The Men in Maroon had thrashed Australia 4-1 in the T20I series and will look to continue their domination.

On the other hand, Australia will be looking to bounce back in the ODIs after they were completely outplayed in the T20I series. Alex Carey will lead Australia in the ODI series as full-time skipper Aaron Finch has been ruled out due to a knee injury. Carey will become the 26th Australian skipper in the ODI format.

Since 2000, the sides have played each other 48 times in ODIs with Australia 37-8 ahead although in this series the home advantage for West Indies could be significant. It means they can pick their specialist one-day squad whereas Australia's line-up will be a mix-and-match job given the absentees and T20 focus of the tour.

West Indies played some very solid cricket against Sri Lanka earlier this year when they won all three games chasing but coach Phil Simmons has laid down the challenge for them of going big if they get the chance to bat first. The recent T20 series was West Indies' first bilateral success against Australia in any format since 1995 when they won a one-day series. They have a good chance of matching that this time.

The West Indies vs Australia's first ODI match will not have a live telecast in India. However, there is good news for those that want to watch the match as they can do so on the FanCode app or website. Users will have to pay a nominal subscription fee to watch the live online streaming of the match. West Indies vs Australia is scheduled to start at 12:00 AM IST on July 21.

This will be the first international cricket in Barbados since January 2020. Carey said the pitch looked good while Pollard noted the lush outfield. The forecast is for a cloudy but dry day.

READ | Aaron Finch may miss ODIs against WI due to injury, Australia in hunt for new captain