Antonio Conte seems to have turned the fortunes around of Tottenham ever since he joined the club on November 2, 2021, following Nuno Espirito Santos' sacking. 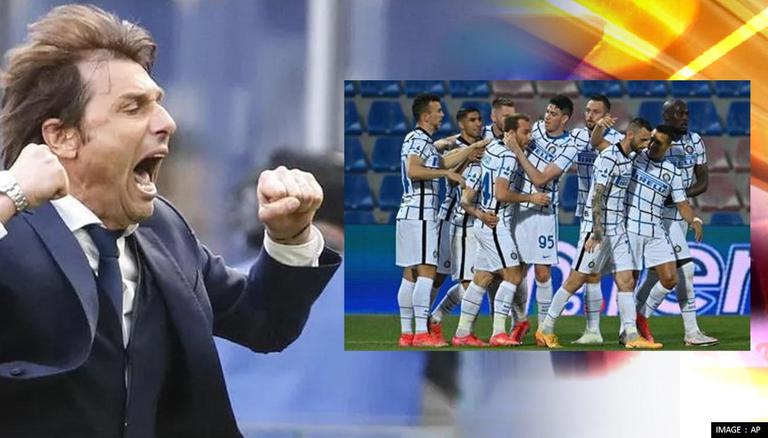 
Antonio Conte seems to have turned the fortunes around of Tottenham Hotspur ever since he joined the club on November 2, 2021, following the sacking of Nuno Espirito Santos. Under his managerial stint, the club has won six of their previous 10 games in all competitions (2D, 2L), including four of the last five matches (1D) in the Premier League.

As the side's results seem to be improving, the Spurs manager has dropped a major hint that he may return to Inter Milan sometime in the future. Conte guided the Serie A giants to their first Scudetto in 11 seasons last year, thereby ending Juventus' decade long domination.

With Inter Milan currently in sensational form, Antonio Conte was quizzed about potentially returning to his former side. In reply, the Italian coach told Sky Sport Italia, "I am happy with Inter’s consistency because they are continuing what we’ve done in the best way. I can only compliment them. I think they have the basis to stay up there for a long time. Perhaps, one day, I could return to overturn the predictions again."

The Nerazzurri are in stunning form as they have won seven consecutive league matches, including a 3-2 win over third-placed Napoli. As things stand in the Serie A table after 19 games, Inter lead with 46 points, four points ahead of second-placed AC Milan. Considering the club is continuing to make progress under their new coach, they may not need Conte in the near future.

Antonio Conte has done an exceptional job at Tottenham Hotspur as the side are yet to taste defeat in the Premier League under his managerial stint. Following Spurs' 3-0 win over Crystal Palace on Boxing Day, they have climbed up to fifth place in the standings with 29 points.

Conte's side are just six points behind North London rivals Arsenal and have three games in hand after several of their matches were postponed due to increasing COVID cases in their squad. They will now face Southampton next on December 28, with the game scheduled to begin live at 8:30 PM IST.

READ | Has Harry Kane confirmed he will stay at Tottenham after he makes Antonio Conte admission?

WE RECOMMEND
Spurs boss Antonio Conte says PL meet to discuss COVID situation was a 'waste of time'
Inter Milan terminate Christian Eriksen contract to comply with Serie A rules
Police raid Inter Milan offices as part of finances probe
Champions League: Real Madrid finish on top of group with 2-0 win over Inter Milan
Jose Mourinho snaps at reporter post loss to Inter; reasons why 'we earn more than you'
Listen to the latest songs, only on JioSaavn.com