Seven-time Drivers' Champion Lewis Hamilton explained in a recent interview what has helped him get a new 'drive' to make him 'stronger than ever' in F1. 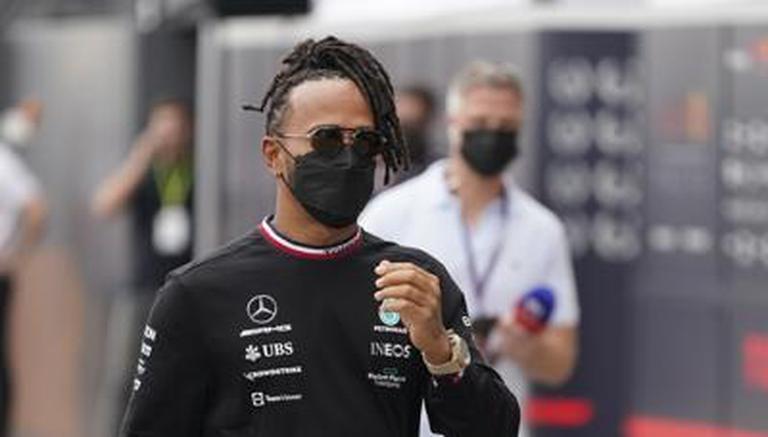 
Seven-time Drivers' Champion Lewis Hamilton explained in a recent interview what has helped him get a new 'drive' to make him 'stronger than ever' in F1. The Brit explained how the desire to be the leading voice in the fight against racism and foster positive change in the community has helped him become more motivated and better in all spheres of life, including racing.

The F1 legend has consistently championed change off the track by using his name to give importance to the 'Black Lives Matter' campaign. Most recently, the 36-year old paid for young Black designers to attend the 2021 Met Gala to help promote their work.

While speaking to Sky Sports, Lewis Hamilton said, "It was just before the beginning of the season, and I was thinking, we've gone through a period, Black Lives Matter, taking a knee, what's the next step and how do we continue to spark conversation? And so I came up with this idea - how about working with some up-and-coming Black designers to create the shirts, and then work with a young Black British poet and come up with something meaningful, and by the end of the year, we'll have a real story to tell. And that's what it's about, it's about a story and sparking that conversation."

If you can make it here pic.twitter.com/C3Hb2fGq60

The Mercedes F1 driver added that 'sparking that conversation' is essential since people are 'talking less about Black Lives Matter and inclusivity.' Hamilton believes that they need to continue spreading the awareness since 'things haven't been fixed' yet. He went on to add that it is good that the sport is talking about ending racism and increasing 'diversity and inclusion, sustainability, and all these things,' but it was the responsibility of him and the other drivers to ensure the sport were 'actually following through with these things.'

READ | Lewis Hamilton recounts 'pain' of racist abuse at Spanish GP: 'No one said anything'

Hamilton then went on to explain how this new 'drive' is helping him to achieve a 'real-life purpose' that is also helping him improve his racing, among other things. While addressing the question of whether this new 'drive' is helping him in his racing, Hamilton responded by saying, "I think so, yeah. It's like my new drive, and I feel like it's giving me more longevity because it's a lot of work we have to do. I feel like it also gives my life real purpose. Racing is not a purpose. It's something you do."