Barcelona boss Ronald Koeman has been under serious scrutiny at the Nou Camp as a result of the club's disastrous results in recent games. 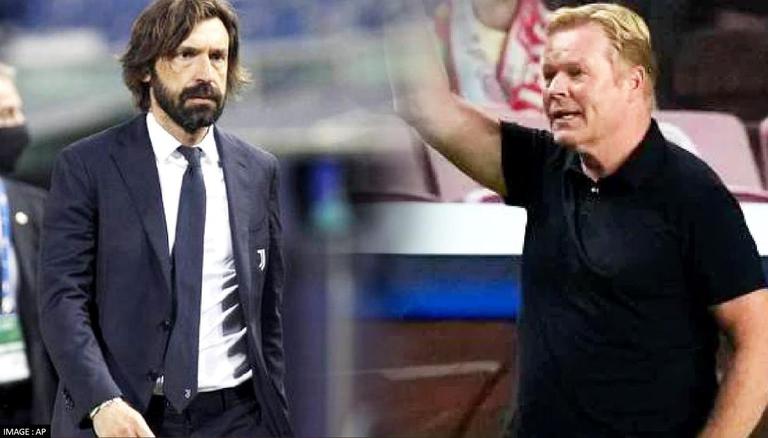 
Barcelona boss Ronald Koeman has been under serious scrutiny at the Nou Camp as a result of the club's disastrous results in recent games. Since Barcelona's 3-0 defeat to Bayern Munich in the UEFA Champions League (UCL) on September 15, the Catalan giants have also lost 3-0 to Benfica in the UCL and had a disappointing goalless draw against Cadiz.

Due to these poor results, it is reported that the Nou Camp outfit have been seeking alternatives to replace Koeman. While Barcelona legend Xavi was believed to be a top contender initially, recent reports have suggested that former Juventus coach Andrea Pirlo is now the favourite to replace the Dutchman at the Nou Camp.

Earlier this week, Barcelona vice president Eduard Romeu had announced that money would not be a hurdle for the club to replace Ronald Koeman. However, he did highlight that several other obstacles exist with La Liga's rules on salary caps if they were to do so. On Wednesday, Spain's top-flight league announced that the Catalan giants' spending limit for the 2021-22 season is €97.9 million. This means that Barcelona will only be able to spend 25% of what they make as a result of transfers or save in wages to register new players or signings.

However, according to ESPN, Barcelona's ability to register new signings will not be affected even if Ronald Koeman is dismissed. This is because dismissing him would count as an expense rather than saving. As a result, Barcelona could in fact increase their salary limit by 4% to sign a new manager based on Article 74 of the regulations.

READ | 'They are probably true': Ronald Koeman drops a bomb when asked about Barcelona future

Several netizens were left upset when they realized that Barcelona are reportedly considering replacing Ronald Koeman with Andrea Pirlo. One fan mocked the decision, comparing it to the change of Japan's flag in 1999. As one can see in the tweet, it seems that the fan is suggesting that Pirlo replacing Koeman will not make much of a difference, as there was just a subtle change to Japan's flag.

Cules When they came to know that Koeman is sacked But his replacement is Pirlo: pic.twitter.com/6xKIENVz9O

Meanwhile, some other reactions can be seen in the tweets below.

My club is thinking about hiring Pirlo to replace Koeman pic.twitter.com/QjpXPHNjPH