Tottenham Hotspur have launched their new away kit and fans could not help but notice there was no Harry Kane in the presentation as rumours continue to flow. 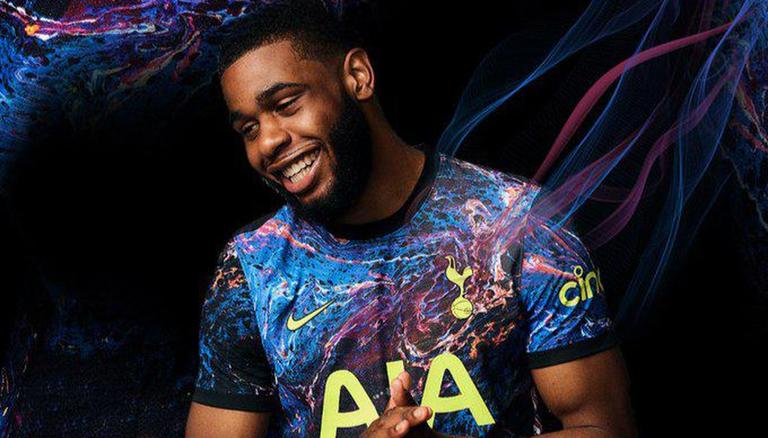 
Premier League club Tottenham Hotspur have released their new away kit by Nike for the 2021-22 season and people's views on it are split, whether they like it or not almost everyone has an opinion on it and one of the more popular ones is the fact that Harry Kane was not seen donning the new kit in the presentation after he was at the center when they launched the home kit back in May of this year.

🥁 Introducing our 21/22 @nikefootball away kit collection!

The rumours of Kane leaving the club have long been lingering in every Spurs fan's head after ESPN sources had reported that the English skipper told the club that he wants to leave. Kane expressed his desire to move on during a face-to-face meeting with chairman Daniel Levy and that he would prefer to remain in the Premier League.

Manchester City are the current front runners to land the English captain's signature after Sergio Aguero's contract expired and he decided to move to Barcelona but they face stiff competition from Chelsea who are also in search of a centre forward after the departure of Olivier Giroud and they are looking to offload Tammy Abraham.

It could be that the reason why Kane was not in the kit reveal was down to the fact that he could have been on holiday after he led the Three Lions to the final of the 2020 European Championships but that remains to be seen and will definitely be a source of concern for the Spurs faithful.

Paratici Says He Wants To Keeps Kane At Tottenham

Fabio Paratici, the new managing director of football at Tottenham, had earlier said that he aims to keep Harry Kane at the club in spite of the transfer request.

While talking to Sky Sports in Italy Paratici said that it is the entire club's goal to have the English skipper stay at the club. He said that he hasn't spoken to Kane yet so as to not bother him while he is at the Euros.

“Keeping him is not just my goal, it’s our goal as a club," Paratici told Sky

Nuno Espirito Santo, the club's new head coach, also had echoed Paratici's words later saying that Kane is still their player and will speak to him when he returns to the club.

"Now is the moment for him to recover his energy and rest. Then we can speak," said Nuno while speaking at his first news conference since being appointed as manager. "Harry is our player. Period. No need to talk about anything else, I am looking forward to him joining the group. Harry is one of the best players in the world. That is all I need to say."