Atletico Madrid's 28-year-old goalkeeper Jan Oblak has been crowned the LaLiga Player of the Season award for his exploits with the Spanish champions. 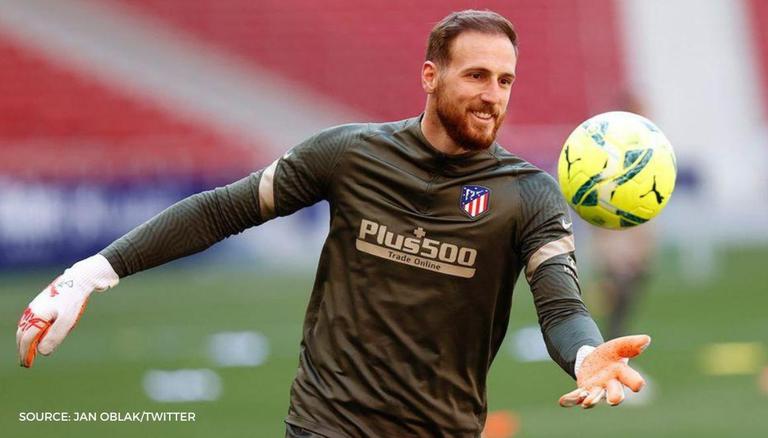 Atletico Madrid shot-stopper Jan Oblak has been named the LaLiga player of the season 2020-21 for his scintillating performances with the Spanish league champions. The Slovenian international has been a vital cog for Atletico Madrid in the 20-21 campaign making crucial saves, helping Diego Simeone's men edge out league rivals and neighbours Rael Madrid to win the coveted LaLiga title.

Atletico Madrid managed to hold on to their nerve on the final day of the LaLiga campaign as the Wanda Metropolitano outfit came from behind to edge out a 2-1 win against Valladolid on the final matchday and walk away with the LaLiga trophy. They went on to break FC Barcelona and Real Madrid's dominance by winning their first Spanish league title since 2014.

Former FC Barcelona striker Luis Suárez has to be credited for his exploits in Atlético’s 11th league title as the attacker scored the winner for Atlético Madrid on the final day to hand them a narrow 2-point lead over Real Madrid who themselves came back from 1-0 down against Villarreal. The 34-year-old attacker was instrumental for the LaLiga champions with the former FC Barcelona striker finding the back of the net 21 times in 32 games last season.

However, Diego Simeone and Atletico's achievement came due to their defensive solidity during the 20-21 campaign as the LaLiga champions racked up one of the best defensive stats with Jan Oblak key in the team's defence during the winning campaign.

Oblak record for Atletico Madrid in 20-21

Oblak stats reveal that the goalkeeper made 103 saves for Atletico Madrid boasting an 80% save percentage for the season. The 28-year-old goalkeeper kept the highest number of clean sheets during the 20-21 season with Atletico not conceding a goal in 18 of their 38 league matches. They have also conceded the least number of goals, letting past only 25 goals in the last season.

The Slovenian international also holds the record for being the fastest goalkeeper to claim 100 clean sheets in LaLiga with the 28-year-old achieving the feat during his 182nd league game. He managed to break a 50-year old record with Miguel Reina being the previous recipient of the title for 100 clean-sheets in 222 league matches.

The reigning LaLiga champions are reportedly interested in striking a swap deal with Premier League champions Manchester City in the upcoming transfer window. The Spanish outfit is looking to sell Saul Niguez this summer with the Spain international seeking a future away from the Wanda Metropolitano. Atletico Madrid are said to be interested in bringing Bernardo Silva and could strike a deal with Man City that will see Saul Niguez move in the opposite direction and play for the Premier League winners.