Karim Benzema was delighte to know that he had received the call for the national team as he posted several posts on Instagram, including one with his daughter. 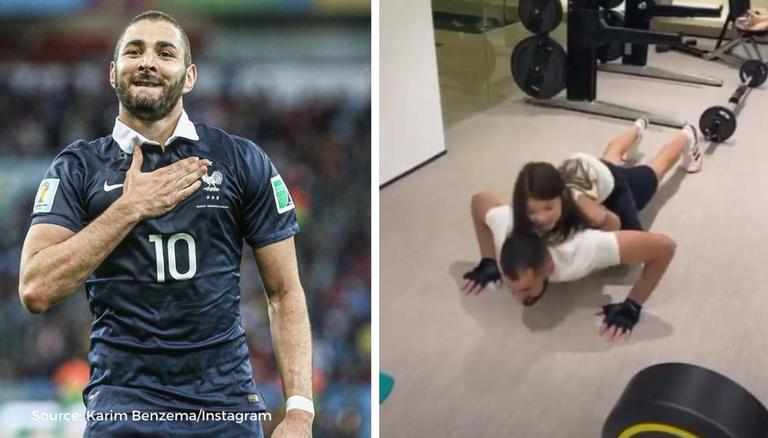 
Karim Benzema made headlines this week as he was recalled to France's squad for Euro 2020 after an absence of more than five years. The Real Madrid striker has not played for France since 2015 because of allegations of involvement in a blackmailing scandal. Benzema had also made comments that head coach Didier Deschamps had "bowed to the pressure of a racist part of France" when leaving him out of the Euro 2016 squad. On hearing the news of his recall, Benzema seems pumped as he posted several posts on his Instagram handle, including a story that shows him performing push-ups with his daughter on his back.

After having a look at the France squad Euro 2020 team sheet, perhaps there would have been no one happier than Karim Benzema. Having been recalled to the national team after five years, Benzema seems pumped as he posted an emotional Instagram post. The Karim Benzema Instagram post has been received well by fans, who have given his post over three million likes, as they cannot wait to see him back in a France shirt.

Karim Benzema is a footballer who is well known for his fitness. The Real Madrid star has often used his Youtube channel to upload videos about him practising various exercises at home. However, this time interestingly Benzema uploaded a story where he can be seen performing pushups with his daughter on his back. The Karim Benzema daughter Instagram post shows the determination of the striker to perform well for his national team.

READ | French sports minister welcomes return of Karim Benzema
Watch this story by Karim Benzema on Instagram before it disappears.

Karim Benzema has been in stunning form this season for Real Madrid as he has scored 22 goals and eight assists in 33 LaLiga appearances. Benzema's goal return this season is one of the highest as the striker has managed over 22 goals just once before. Benzema will hope to continue his impressive goalscoring record with France from the get-go.

Benzema's France are slotted in Group F and will kickstart their Euro 2020 campaign against 2014 World Cup winners Germany on June 15. France will then take on Hungary on June 19 before taking on defending Euro champions Portugal in their final group stage game on June 23. Having lost the Euro 2016 finals, France will hope to go one step further this year and win the prestigious trophy.