Eric Garcia has been named the worst-rated player in the ongoing UEFA Champions League season 2021-22. He joined Barcelona amid interest from Arsenal in 2021. 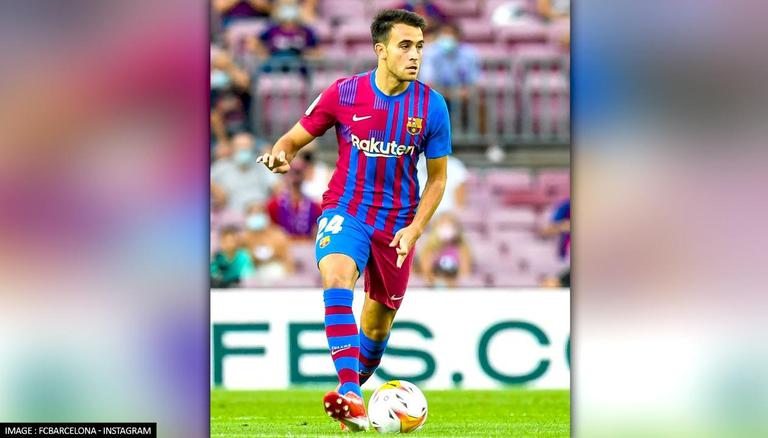 
Barcelona’s centre-back Eric Garcia has been named the worst player of the UEFA Champions League 2021-22 with a rating of 5.31. He joined Barcelona in July this year after a transfer from Manchester City with a huge release clause of £344m. As per Daily Star, Arsenal manager Mikel Arteta had a huge interest in the player, however, the 20-year-old footballer went on to join the club where he started his football career as a junior, after rejecting Arsenal. He signed a five-year deal with Barcelona, following Sergio Aguero leaving Manchester City after their loss in the UEFA Champions League 2020-21 final against Chelsea.

😬 Eric Garcia is the worst rated player in the Champions League this season (5.31) #UCL

Since joining Barcelona, he has suffered a terrible fate as he has been shown the red card twice already in seven matches for the Camp Nou side. He has appeared twice in the Champions League 2021-22 for Barcelona and now has been named the worst-rated player according to WhoScored. Adding to the woes, Barcelona is currently placed 7th in the La Liga 2021-22 points table, with only four wins to their name in 8 matches. It would be unfair to say that Arteta got lucky with not getting Garcia into the side, as he is just 20-years-old and has time in his hands to turn his career around at Barcelona. Arsenal went to sign Ben White instead, at a fee of £50m with his stature in football clearly bigger than that of Garcia.

READ | 'We told Messi we want Barca to be your last club in Europe': Ex-Barcelona President

The 20-year old Spaniard started his career as a junior at Barcelona, before moving to Manchester City in order to play for their Under-18 team. He went on to make his professional football debut in 2019 for the City senior team. He appeared in 35 matches in total for City before moving back to Barcelona this year. Garcia made his International football debut for the Spanish National football team in September 2020 and has represented the country in 14 matches till now. He was a part of Spain’s team that reached the finals against France at the UEFA Nations League 2021 and finished as runners-up. Despite his underwhelming performance in club football, he has continued to be a regular appearance for Spain in International football.