Chelsea's Mason Mount Opens Up On Ballon D'Or Nomination, Calls It A Dream

Speaking on his Ballon d'Or nomination, Mount said that it indeed was a "dream" to get nominated and that he is feeling exceptional about it. 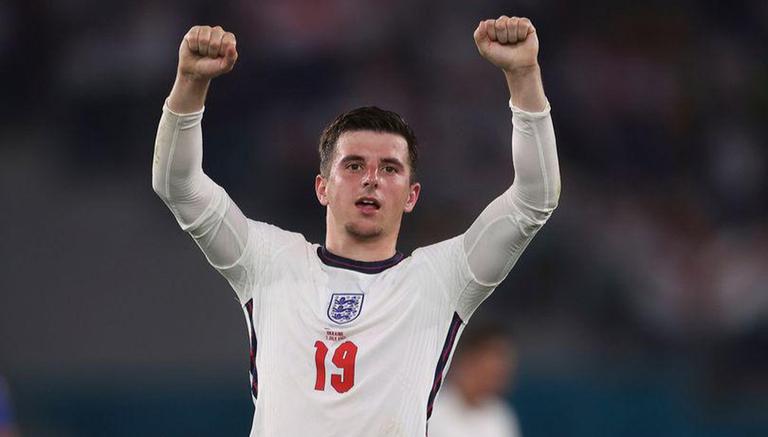 
Chelsea midfielder Mason Mount has been sensational for both the club as well as the country and his performance has found him a place in the 30 men-shortlist for the Ballon d'Or, the world's most prestigious individual award in football. The player played a key role for Chelsea as they won the Champions League while also featuring in 36 of the 38 Premier League games for the Blues. Mason Mount was also a key player for Euro 2020 finalists England.

Speaking on his Ballon d'Or nomination, Mount said that it indeed was a "dream" to get nominated and that he is feeling exceptional about it. "It was special, I probably found out at exactly the same time as everyone else. So to see that and to see the names, it is obviously a dream," Mount said while interacting with reporters.

The player further went on to add that it all doesn't end here, but rather this is the beginning "I think for all the years that you work hard and you dedicate, to see something like that, it shows that everything pays off. It's just the start - it doesn't stop now.  The most important thing for me is that I continue to hit the levels that I've set before and go even further. That's always been my mentality and hopefully, that continues." he said.

READ | "Learnt from every coach I played for": Sunil Chhetri after equalling Pele's record

Not only Mason Mount but four of his teammates have been nominated for the Ballon d'Or. EURO 2020 winner Jorginho, UEFA Man of the Match for the Champions League finals N’Golo Kante, club Cesar Azpilicueta and latest recruit Romelu Lukaku are all part of the 30 men shortlist. With 5 players nominated, Chelsea tops the list for the number of players club wise as no other club has more players nominated.

READ | SAFF Championship: Can India still qualify for final despite 2 draws from 3 matches?

WE RECOMMEND
Juventus vs Chelsea Live Streaming: Where to watch UCL match in India, UK and US?
What happened to Romelu Lukaku? Chelsea striker ruled out of Italy clash
Chelsea, Liverpool & Man City sweat as Brazil, Argentina players could miss PL matches
Pep Guardiola admits Chelsea were better team in UCL final as he reflects on tough loss
Timo Werner delights Chelsea fans with late goal against Southampton despite VAR debacle
Listen to the latest songs, only on JioSaavn.com