Conor McGregor wealth: UFC legend has hinted at buying Manchester United following the ESL drama and the supporters' growing discontent with the Glazers. 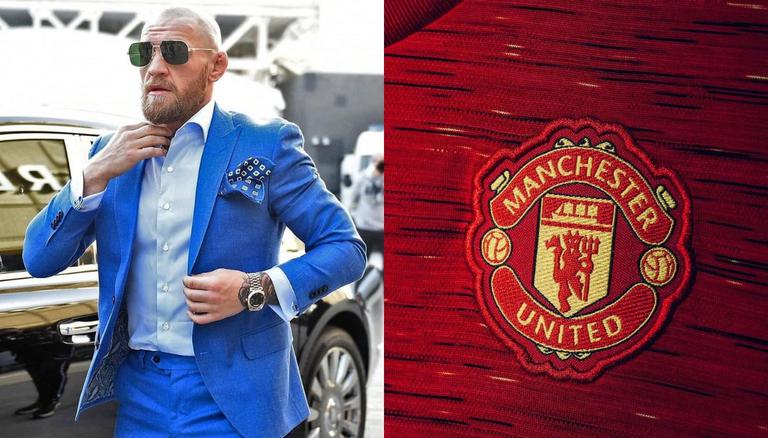 Conor McGregor first fuelled talk of a Manchester United purchase after Ed Woodward's resignation and asked his fans whether or not he should buy the club following developments in the Super League saga. Since then, the Red Devils supporters have made their feelings known for the Glazers ownership, staging massive protests which saw Man United's game against Liverpool at Old Trafford postponed. Now, the UFC legend has again teased the topic, signalling his intent to eventually buy a sports team, with both Manchester United and Celtic on his radar. McGregor claimed he could do "big things for a club", as both Celtic and Man United look to climb back to the summit of their domestic divisions. He wrote that he had conversations with Dermot Desmond who previously had shares in Manchester United before selling them to the Glazers and investing those into Celtic.

A conversation came up regarding Celtic first to be honest. To acquire shares from Dermot Desmond. I am certainly interested in acquiring a sports team at some stage!
Both Celtic and Man United are teams I like for sure. But I am open. I feel I could do big things for a club. https://t.co/KgD9qnYipP

As much as a change in ownership will delight Manchester United fans, it is far-fetched to think of a Conor McGregor Manchester United purchase. As per Celebrity Net Worth, the UFC legend has a net worth of $200million, amassed from his career as an MMA fighter and his other brand investments. He banked more than $30 million for his first-round knock out of Donald "Cowboy" Cerrone in January 2020 and added a whopping $134 million to his revenue by selling his stake in his whiskey company, Proper 12. His career earnings approximately total $235 million, and bags $5 million per year from his partnership with Reebok.

And while McGregor remains one of the greatest and wealthiest MMA fighters in history, his wealth is nowhere close to taking control at a club like Manchester United. Forbes valued Manchester United at $4.2bn in April, which placed them as the fourth most valuable club in the world. The Glazers are likely to demand in excess of $1 billion to sell if they plan on selling the club, but that plan of actions seems unlikely, even if Ed Woodward's resignation has left them vulnerable.

Joel Glazer, one of the part-owners, issued an open letter in response to the fan protests, promising more fan involvement and building bridges with the club's supporters. He also promised to accelerate talks on fan ownership, and claimed that the club is open to "constructive discussions". While that would mean the end of McGregor's dreams to purchase the club, he could still become a part-owner, in a capacity similar to what LeBron James has at Liverpool. McGregor could hold shares at the club, but it is unlikely that the MMA legend will receive any voting rights or be involved in any key decisions made by the club.

Dermot Desmond has a net worth of $2.2 billion as per Forbes' real-time net worth metric. The Irish stock market tycoon is the largest individual shareholder of the Scottish Premiership football club Celtic FC. He previously held a stake at Manchester United before selling out to Malcolm Glazer. Desmond's own private equity firm, International Investment & Underwriting has stakes in travel software firm Datalex, Mountain Province Diamonds and Barchester Healthcare.