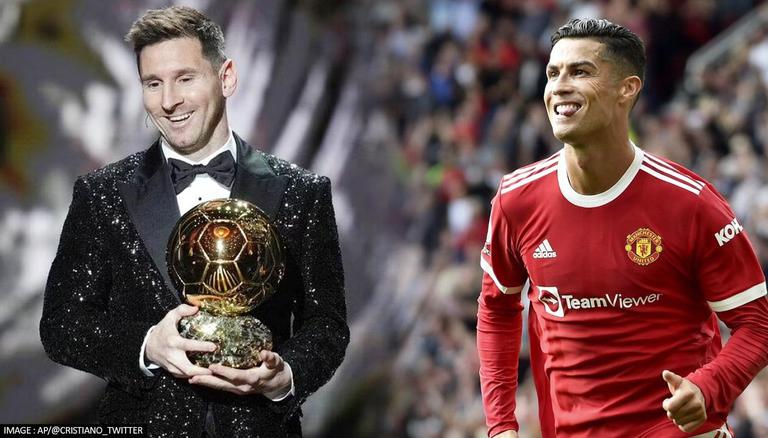 
Argentine footballer Lionel Messi on Monday won his seventh Ballon d'Or title after beating Bayern Munich striker Robert Lewandowski and Real Madrid's Karim Benzema to the race. After the results of the Ballon d'Or 2021 were announced by the French news magazine France Football, several currents and former players, including coaches criticised the decision to award Messi the prestigious Golden Ball. Amongst those who feel Messi shouldn't have won Ballon d'Or 2021 is the former Barcelona star's arch-rival Cristiano Ronaldo.

Ronaldo turned to the comment section of a random fan page on Tuesday, where he expressed his disagreement with the result. In a lengthy post explaining why Messi shouldn't have won Ballon d'Or 2021 and how Ronaldo is the greatest player of all time, the Portuguese attacker commented by saying, "facts". The post also had a concluding statement that read, "Independent of these prizes, CR7 will always remain the best in history". 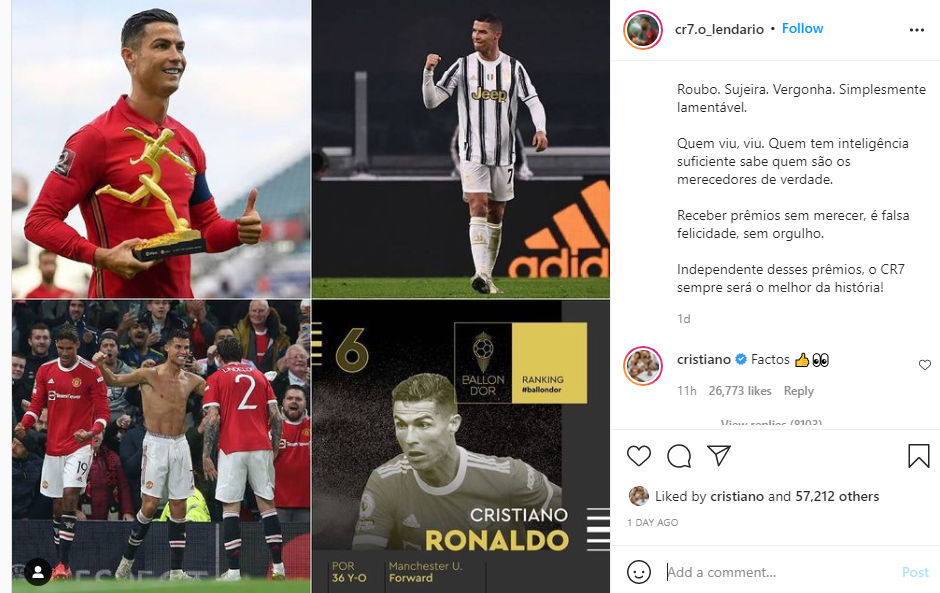 Others who have fired criticism at Messi winning the Ballon d'Or this year include some big names from the football world such as Jurgen Klopp, Oliver Kahn, Toni Kroos, Iker Casillas, and Lothar Matthaus. Most of these critics said that there were other players who deserved to be ahead of Messi on the list. After congratulating Messi for winning the award, Bayern Munich CEO Oliver Kahn said Robert Lewandowski deserved it more. Kahn said there is no doubt that Messi is one of the best players but Lewandowski deserved more because of his consistent performance at the highest level for the past couple of years.

Lewandowski finished 33 points behind Messi’s 613 points in the 2021 Ballon d’Or standings, while Chelsea’s Jorginho finished third with 460 points to his credit. One of the highly anticipated contenders Real Madrid’s Karim Benzema finished fourth with 239 points, followed by N’Golo Kante with 186 points. Having returned to Manchester United in 2021, Ronaldo finished 57 points ahead of Liverpool Mohamed Salah at 121.

After being called off in 2020 due to the COVID-19 pandemic, the Ballon d’Or was awarded to Messi in 2021 after he helped Argentina win the Copa America earlier in the year. He finished as the joint-highest goal scorer in the tournament and also won the Golden Boot at the end of the competition. Copa America is Messi's first international title in his illustrious career. He almost took Barcelona to a La Liga title before the team got over the line in the early months of 2021.

READ | Juventus chaos: Could Ronaldo's former club be stripped of its last Serie A title?