Cristiano Ronaldo wins his 2nd Premier League player of the month award this season amid rumours that he may leave Manchester United at the end of this season. 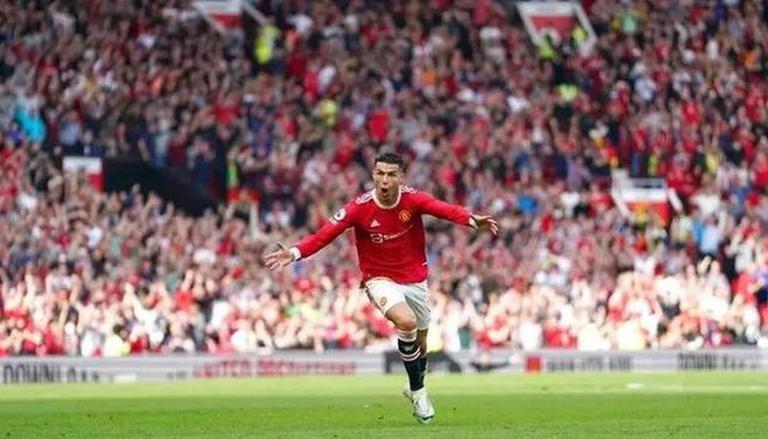 
Even though the speculations involving Cristiano Ronaldo leaving Manchester United at the end of this season continue to intensify, it has not stopped the five-time Ballon d'Or winner from continuing to perform at the highest level. In what has been an extremely poor season for the Red Devils, the 37-year old has still been the standout performer, having won his second Premier League player of the month award this season. With Ronaldo winning yet another individual award this season, fans have hailed him as the "greatest of all time".

Fans hail Cristiano Ronaldo as greatest of all time

Only Cristiano Ronaldo could win the PL Player Of The Month Award twice at 37 whilst competing with Salah, Kane and Son in the toughest league and with a weaker team..just GOAT things 🐐 pic.twitter.com/bL9nEWU539

Cristiano Ronaldo is EPL player of the month for the second time... #GOAT pic.twitter.com/pOKjasiNB9

It’s been 13 years and I’m still wondering how Cristiano Ronaldo scored this…. pic.twitter.com/G6JfshGfRn

If you deep it, @Cristiano is the greatest of all time 🐐 pic.twitter.com/KquAqMFmLs

The Premier League released a video on May 12 to reveal Cristiano Ronaldo as the EA Sports FIFA Player of the Month for the second time this season. In the clip posted below, fans can see all the five goals that the Portuguese international scored in April.

READ | Manchester City vs Liverpool: A look at all scenarios in fierce Premier League title race

Cristiano Ronaldo is the @EASPORTSFIFA Player of the Month for the second time this season 💫#PLAwards | @Cristiano | @ManUtd pic.twitter.com/lkryrExtoD

As soon as the news of Cristiano Ronaldo returning to Old Trafford on the deadline day of the August 2021 transfer window was confirmed, Manchester United fans were ecstatic and took to the streets to celebrate. Several fans also entered the stadium for the Red Devils' first game that featured Ronaldo, wearing the number seven shirts that the 37-year old made famous during his first stint at the club.

While Ronaldo has had yet another outstanding season at Old Trafford, the same cannot be said for his team, who are currently languishing in sixth place with just 58 points, three points clear of seventh-placed West Ham. If Ralf Rangnick's side were to feature in the UEFA Europa League next season, not only would they have to win their next game, but they would also need to hope that the Hammers drop points in one of their two remaining games this season.

As a result of Manchester United's disappointing season, there are widespread speculations that Cristiano Ronaldo would leave, with the hope of playing the UEFA Champions League at another club. When it comes to the 37-year old's stats this season, Ronaldo has scored a whopping 24 goals in all competitions in just 37 matches. If it were not for him, the Red Devils would undoubtedly be in a far worse position than they are now.