Did Pep Guardiola Drop Jack Grealish And Phil Foden Because Of A Nightclub Visit?

Manchester City star duo Jack Grealish and Phil Foden shockingly were dropped to the bench in the side's 4-0 victory against Newcastle United this past Sunday. 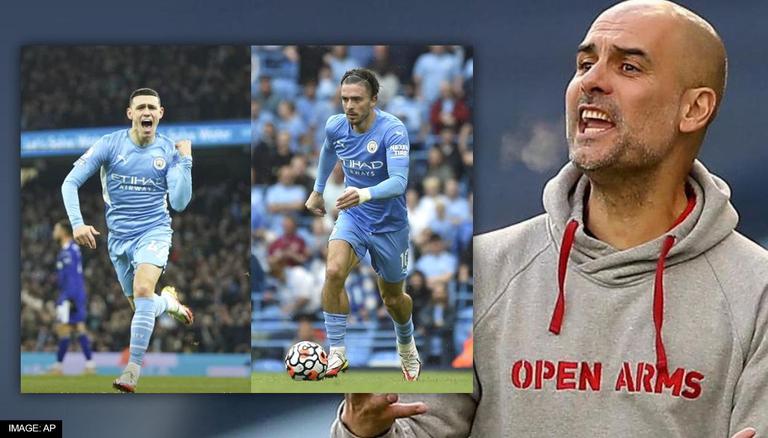 
Manchester City star duo Jack Grealish and Phil Foden shockingly were dropped to the bench in the side's 4-0 victory against Newcastle United despite both delivering a fantastic performance over the week against Leeds United. Foden opened the scoring against Leeds before Grealish doubled the lead a few minutes later, as Man City went on to beat Marcelo Bielsa's side 7-0.

While coach Pep Guardiola did not make any comments prior to the game, his post-match remarks after the win over Newcastle did seem to suggest that both Foden and Grealish did not feature because of their night out. Both English stars were reported to have visited a nightclub after the 7-0 win over Leeds.

While speaking to BBC Radio 5 Live after the win over Newcastle United, Pep Guardiola said, "I decided this team because they deserved to play, these guys, not the others. At Christmas, I pay a lot of attention to behaviour on and off the pitch. When off the pitch is not proper, they are not going to play. So we have to be focussed all the time because of distractions at Christmas time and everything that happens - you have to still be focussed."

According to the information provided by James Ducker of the Telegraph, Grealish and Foden had visited a bar last Tuesday post their 7-0 win over Leeds United. It is believed that the Manchester City staff were unhappy in the manner in which both players reported the next day for their recovery session, a report that was relayed to Pep, who was in Barcelona for Sergio Aguero's retirement press conference.

On being made aware, the Telegraph reports that the Manchester City manager was left 'distinctly unimpressed.' The report also added that both Jack Grealish and Phil Foden were made aware that a report of a similar instance will not be tolerated.

While there is no confirmation behind Pep's decision to bench the star duo against Newcastle United, it can only be speculated that their decision to visit a bar at these unprecedented times was the reason behind the Spaniard's team selection. Now it remains to be seen if the Man City coach will keep them out for more games or if the duo will return for the next game against Leicester City on Boxing Day.