Everton manager Rafa Benitez is under significant pressure after his side suffered a humiliating 4-1 defeat against Merseyside rivals, Liverpool, on Wednesday. 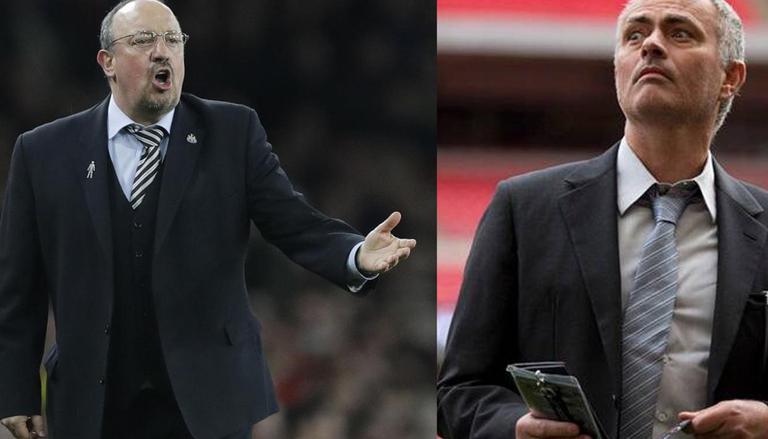 
Everton manager Rafa Benitez is under significant pressure after his side suffered a humiliating 4-1 defeat against Merseyside rivals, Liverpool, on Wednesday at Goodison Park. The Toffees were stunned by the Reds, who showed no mercy in front of the goal. Mohamed Salah scored an outstanding brace, with captain Jordan Henderson and Diogo Jota scoring a goal each.

Due to the defeat, speculations have arisen that the Spanish coach could be sacked, with rumours suggesting Jose Mourinho will make a surprise comeback to the Premier League. However, Everton owner Farhad Moshiri has come out in support of Benitez, insisting that the club's poor results are due to the long list of injuries they have.

While speaking to talkSPORT, Everton owner Farhad Moshiri said, "Yes. Football is about crisis one and glory the following day. Rafa is a good manager, and underperformance is largely due to the injuries. In the next two weeks, we will get to a full squad. In the meantime, results will improve. I have no doubt that we will have a strong second half to the season."

"Dominic Calvert-Lewin is getting better, he's doing really well, but he's still a couple of weeks [away], minimum. We have to be careful."

According to the Daily Mirror, Jose Mourinho is one of the frontrunner candidates to take over Everton if the club decide to part ways with struggling coach Rafa Benitez. The 58-year old Portuguese himself is currently struggling with AS Roma, having joined them this season. After a humiliating 3-0 defeat to Inter Milan at home, the Giallorossi have fallen to sixth place in the standings with 25 points, 13 points behind leaders AC Milan.

READ | Jose Mourinho snaps at reporter post loss to Inter; reasons why 'we earn more than you'

Meanwhile, although Rafa Benitez has been backed by Everton, he could be axed if the results do not improve under him. Following the 4-1 defeat to Liverpool, the Toffees are currently in 15th place in the Premier League standings with 15 points, just five points clear of the relegation places. With the club having lost seven and drawn two of their last 10 league games, the pressure is high on the Spanish coach to deliver.

Everton is next set to face Arsenal on Monday night, with the match scheduled to commence live at 1:30 AM IST on December 8.

WE RECOMMEND
Brentford victory extends Everton winless run to 7 games
Where will Jesse Lingard go? Tottenham & Everton in mix for Manchester United playmaker
Tottenham held by Everton in Conte's frustrating EPL return
"Everybody has to be disappointed" says Benitez after 4-1 thrashing by Liverpool
Klopp stirs up mind games ahead of Merseyside derby, says Everton 'too physical'
Listen to the latest songs, only on JioSaavn.com