Kylian Mbappe selection on FIFA 22 makes him the first player to repeat as a cover athlete since Cristiano Ronaldo, who featured in the FIFA 18 and FIFA 19 . 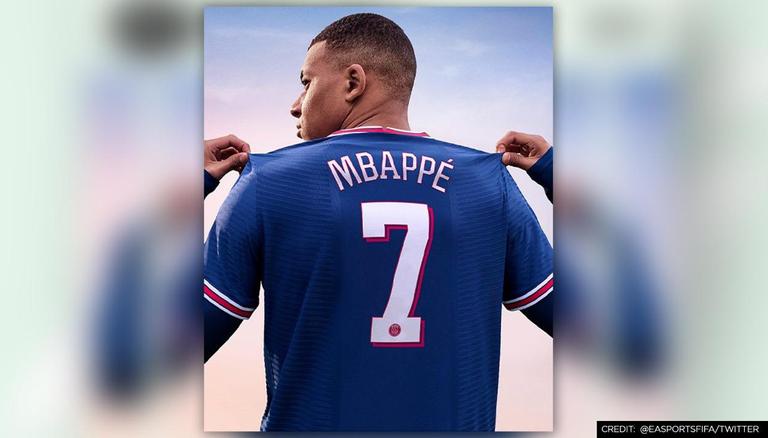 
Kylian Mbappe did not have a great season on the pitch as he saw his national team knocked out in the Round of 16 of Euro 2020 by Switzerland. The France striker saw his penalty being saved which eliminated his team from the competition. At club level, Mabappe's team  Paris Saint Germain lost the Ligue 1 title to Lille. Despite such a disappointing campaign, the 22-year-old has something to cheer about off the field with the recent announcement made by EA Sports.

EA Sports FIFA took to Twitter to make the announcement official about Kylian Mbappe featuring on the FIFA 22 cover. He had previously featured on the cover of FIFA 21 which was released last year. His selection makes him the first player to repeat as a cover athlete since Cristiano Ronaldo, who was featured in the FIFA 18 and FIFA 19 edition.

Honoured to welcome back @KMbappe

Before Cristiano Ronaldo and Kylian Mbappe, the other players to feature on FIFA cover were Marco Reus' (FIFA 17), Lionel Messi (FIFA 13 to FIFA 16), Eden Hazard( FIFA 15). Former England striker Wayne Rooney had the longest run when it comes to featuring on FIFA cover. The former Manchester United and Everton striker shared the honours every year from FIFA 06-12 on the worldwide editions.

EA has formally announcec this year’s FIFA 22 trailer release date. The announcement was made via Twitter, which revealed that the reveal trailer will be aired on YouTube on July 11. According to Goal.com FIFA 22 release date is in September or October 2021, with every FIFA edition since FIFA Football 2003 released either in the last week of September or the first week of October. For most of the past few years, FIFA has been released in late September, but this was pushed back to early October for FIFA 21 due to the coronavirus pandemic.

While there is no official word about FIFA 22 platforms it wouldn't be surpising to see the game being launched onn the exact same list as FIFA 21. I fthe company does go by list as FIFA 21 then FIFA 22 will be available on PS4, Xbox One, Nintendo Switch, and Google Stadia. An advanced version is likely to be released for PS5, Xbox Series X/S and Windows according to pocket-lint.com