Gareth Bale put out a heartfelt letter on Twitter on Wednesday, thanking Real Madrid for the support that he received from everyone during the past nine years. 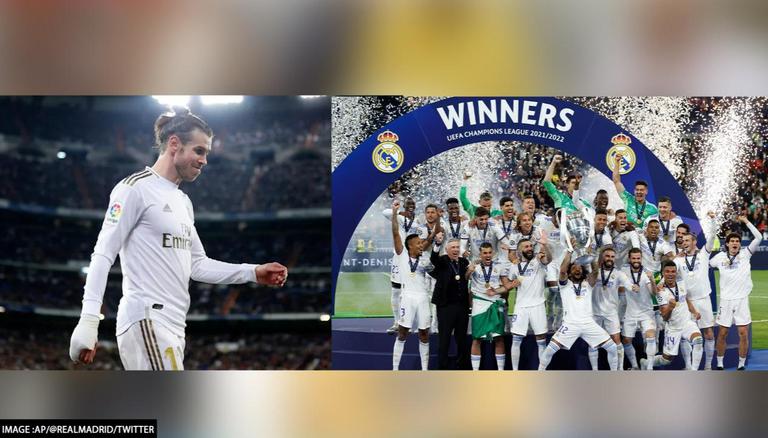 
Welsh football superstar Gareth Bale took to his official Twitter handle on Wednesday and penned down an emotional letter for his club Real Madrid, three days after picking up the UEFA Champions League 2021-22 title with them. Madrid defeated Liverpool 1-0 in the Champions League final in Paris and picked up their record 14th UCL title. Bale picked up his record-equalling fifth UCL title playing for Madrid, and is now out of contract this summer.

Meanwhile, revealing his thoughts after the UCL 2021-22 victory in the letter, Bale said, "I write this message to say thank you to all my teammates, past and present, my managers, the back room staff and to the fans that 7 minutes ago supported me. I arrived here 9 years ago as a young man who wanted to realise my dream of playing for Real Madrid. To wear the pristine white kit, to wear the crest on my chest, to play at the Santiago Bernabéu, to win titles and to be part of what it's so famous for, to win the Champions League."

Bale further reflected on his journey with the club by saying that they have helped them to turn dreams into reality. "I can now look back, reflect and say with honesty that this dream became a reality and much, much more. To be a part of this club's history and to achieve what we achieved while I was a Real Madrid player, has been an incredible experience and one I will never forget."

READ | UEFA Champions League Final 2022: How much have Real Madrid & Liverpool earned each?

In conclusion, Bale thanked the Real Madrid officials for giving him the opportunity to play for the club and create history.

“I also want to thank President Florentino Perez, Jose Angel Sanchez, and the board for giving me the opportunity to play for this club. Together we were able to create some moments that will live forever in the history of this club and football. It has been an honour. Thank you! HALA MADRID!,” Bale concluded.

READ | Champions League: Once a refugee, how Eduardo Camavinga made history with Real Madrid

Alongside the letters written in English and Spanish, Bale also shared a picture of him kissing the UEFA Champions League trophy.

It has been an honour. Thank you! #HALAMADRID @RealMadrid pic.twitter.com/T7FL2LNRrD

A look at Gareth Bale's stats for Real Madrid

It is pertinent to mention that Bale warmed the bench for most of the 2022 season as he battled a knee injury. He scored only one goal in five La Liga games while scoring none in two UCL games. However, Bale has been a prolific player over the years for Madrid, ever since he joined them after a transfer from Tottenham Hotspur in 2013. He has played a total of 258 games in his career for Madrid and has returned with 106 goals and 67 assists.