About seven European nations were forced to abandon their plans to wear the 'OneLove armband' after FIFA threatened to impose sanctions. 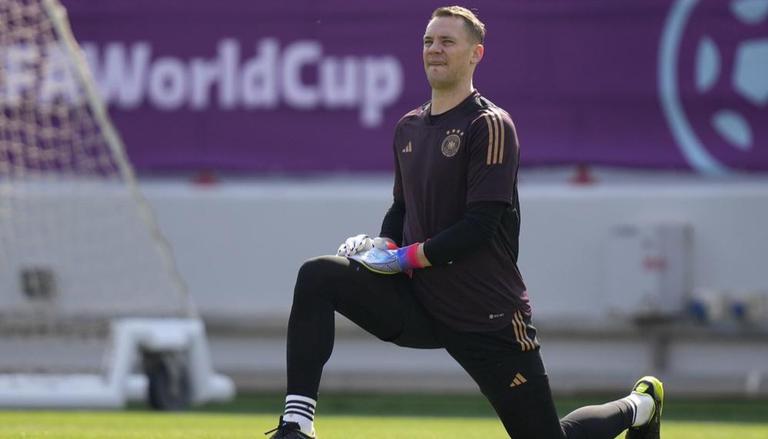 
About seven European nations were forced to abandon their plans to wear the 'OneLove armband', which is aimed at promoting diversity, after FIFA threatened to impose sanctions. The trouble has now appeared to escalate further with the German Football Association (German FA) planning to take FIFA to the Court of Arbitration for Sport (CAS) over ban on rainbow armbands. The World Cup rules require captains’ armbands must be authorised and provided by FIFA. German captain Manuel Neuer is unlikely to wear the rainbow armband during Germany vs Japan match on Wednesday following the FIFA threat.

According to The Guardian, DFB’s spokesperson Stefan Simon confirmed to the tabloid Bild that it had lodged a case over the legal validity of FIFA's decision at the CAS in Lausanne. He hoped that the ban is overturn around the time Germany plays its second match against Spain on Sunday, allowing captain Manuel Neuer’s to wear the OneLove armband without being penalised.

“FIFA has forbidden us from using a symbol of diversity and human rights. It said the ban would be linked to massive penalties (in the nature of) sporting sanctions without concretising exactly what it meant. The DFB is keen to clarify whether FIFA’s procedure is in fact legitimate,” he said.

Following the tussle with FIFA over the 'OneLove armband' during FIFA World Cup, the DFB lost one of its commercial partners on Tuesday after German supermarket chain REWE ended its sponsorship deal over the armband dispute. REWE chief executive Lionel Souque, in his statement, said, "We stand for diversity and football is diversity. The scandalous behaviour of FIFA is for me as the CEO of a diverse company, as well as a football fan, absolutely unacceptable."

Why did European nations ditch 'OneLove armband' in Qatar?

The 'OneLove armband' seeks to boost diversity and inclusion and was set to be worn in the FIFA World Cup host country Qatar where homosexuality is illegal. However, countries like England, Wales, Belgium, Netherlands, Switzerland, Germany and Denmark decided against wearing it due to fear of sanction. In a joint statement, the seven football associations said that they could not put their players 'in a position where they could face sporting sanctions'.

Meanwhile, FIFA, on the other hand, issued a statement which said that the captains of all teams can wear an armband with the 'No Discrimination' slogan from the quarter-finals stage. "For FIFA final competitions, the captain of each team must wear the captain’s armband provided by FIFA," Article 13.8.1 of the FIFA Equipment Regulations states.