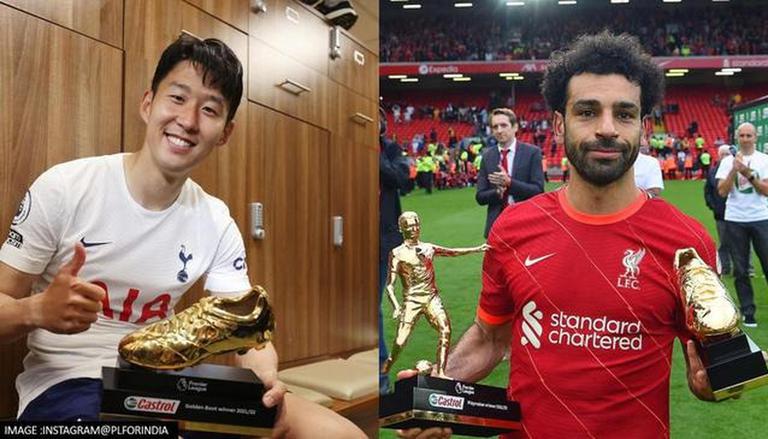 
There was joy and celebration for Antonio Conte's Tottenham Hotspur as they qualified for Champions League, however, for Liverpool, the chance to lift the Premier League trophy went up in smoke after Manchester City's monumental victory. Despite the contrasting results on the season's final day, two players shared individual awards i.e Premier League Golden Boot.

Going into the final day of the season, Mohamed Salah led the race for Premier League Golden Boot by just one goal. However, in the final game of the season, Klopp decided to bench Salah and bring him on as a substitute in the second half. The Egyptian went on to score in Liverpool's 3-1 win over Wolverhampton Wanderers. Son Heung-min on the other hand pulled level with the Salah thanks to a brace in Tottenham Hotspur's 5-0 victory at Norwich City.

The Premier League Golden Boot award is shared for the first time since 2018/19 when Salah, Pierre-Emerick Aubameyang and Sadio Mane all finished on 22 goals apiece. Mohamed Salah also became only the fourth player to claim the Premier League Golden Boot award for a third time, after Premier League Hall of Fame inductees Alan Shearer and Thierry Henry, and Harry Kane. Son Heung-Min on the other hand becomes the first Asian to win the prize and only the third Spurs player to claim the award after Teddy Sheringham and Harry Kane.

Tottenham Hotspur had to win their match against Norwich to confirm their spot in next season's Champions League. The London-based club ensured there were no hiccups as they secured a 5-0 victory at Norwich City.  Spurs took a 16th-minute lead when Rodrigo Bentancur broke in behind the Norwich defence and squared for Dejan Kulusevski to tap in.

Bentancur was again the provider for the second, crossing for Harry Kane to head in on 32 minutes and become the Premier League's joint-highest goalscorer in final-day matches. Kulusevski got his second on 64 minutes with a sublime strike, cutting inside and finding the top corner.

Son scored twice in six minutes to finish the campaign on 23 goals, level with Mohamed Salah, who netted late on for Liverpool against Wolverhampton Wanderers. The win means Spurs finish with 71 points, two above Arsenal, earning UEFA Champions League qualification for the first time since 2018/19.