How To Watch Serie A In India? Mukesh Ambani's Viacom Acquires Rights For Three Years

Mukesh Ambani led Viacom 18 acquired the broadcast and digital rights for Serie A across the Indian subcontinent region for the next three seasons. 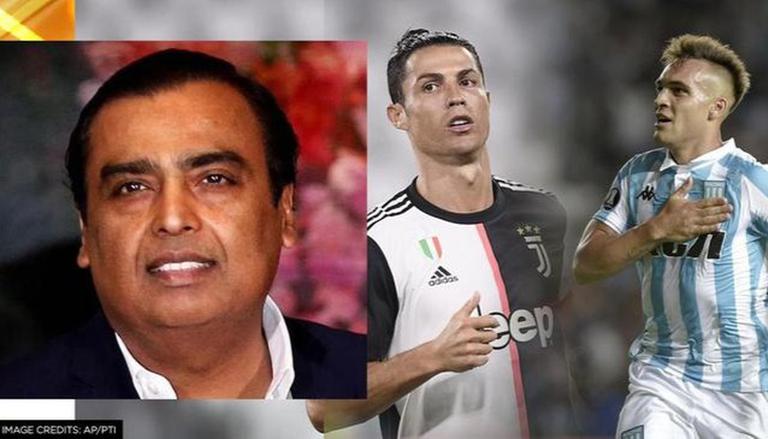 
Italy's top division Serie A has emerged as one of the leading European club leagues in the world over the past two years, thanks to a nail-biting finish for the 2019/20 title. Juventus beat Inter Milan for the Scudetto by just one point, with Atalanta and Lazio finishing the season just five points behind the champions. Ahead of another exciting season, which begins tomorrow, here is a look at how to watch Serie A in India?

How to watch Serie A in India? Viacom 18 acquires rights

Mukesh Ambani led Viacom 18 acquired the broadcast and digital rights for Serie A across the Indian subcontinent region for the next three seasons. The newest edition of Italy's top division will kick off on Saturday at 10:00 pm IST. For fans wondering how to watch Serie A in India can tune into Voot, Viacom 18's channels and the Jio network.

Viacom 18 is excited to broadcast Serie A in India

Gourav Rakshit, who is the Chief Operating Officer of Viacom 18 Digital Ventures, said that his organization is excited to broadcast Serie A in India. Rakshit said, "One of the core propositions of our network is the promise of variety in content. Sports is a white space that we have been consciously experimenting with for some time now. The response to our initiatives, thus far, has been very encouraging. Italian Serie A is one of the most exciting and competitive leagues in Europe, and we are excited to bring it to our viewers across digital and broadcast platforms."

Serie A timing and fixtures for opening weekend

India's richest man Mukesh Ambani has demonstrated a keen interest in sports over the past decade. Ambani led Reliance Industries Limited owns IPL franchise Mumbai Indians and the Indian Super League. Meanwhile, Reliance Jio had also placed direct bids for both BCCI digital rights and IPL rights in the past.

READ | Rio Ferdinand reveals he wanted to join Arsenal in 2014 but got rejected by Arsene Wenger
READ | Why did Antonio Conte leave Inter Milan? Serie A champions' situation explained
Tags: Serie A, Viacom 18, How to watch Serie A in India
First Published: 20th August, 2021 17:04 IST