India begin their campaign against USA at the Kalinga Stadium here on Tuesday and Dennerby said it is time the team shows that it can compete against the best in the world. 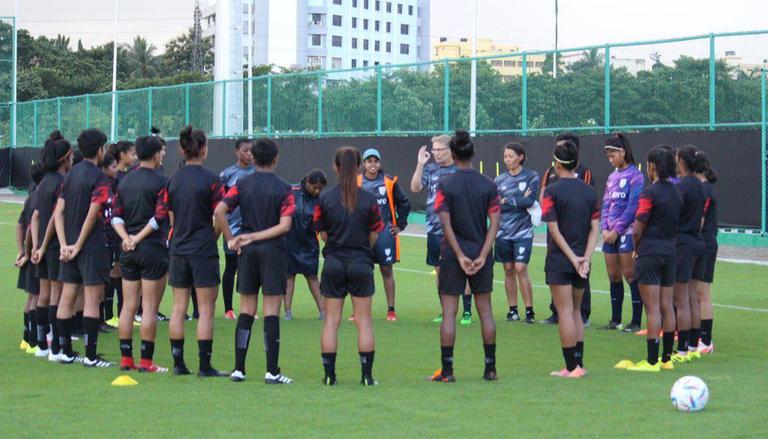 
India are clearly one of the underdogs of the FIFA women's U-17 World Cup beginning on Tuesday, but head coach Thomas Dennerby on Sunday said that the hosts have nothing to lose and they are ready for the age-group showpiece.

India begin their campaign against USA at the Kalinga Stadium here on Tuesday and Dennerby said it is time the team shows that it can compete against the best in the world.

"It's not only about the result now. It’s about the performance to show that Indian girls can play football. But of course, inside the group, we have our own goals, and we are ready to fight for them," Dennerby said.

"Against the USA, Brazil or Morocco, we are determined to earn points and score goals. And we’re going to show to the Indian fans that we have a good team." India play Morocco and Brazil on October 14 and 17 in their other group matches. The top two teams in each of the four groups will qualify for the quarterfinals.

"We want to dish out a good performance. So, they can feel that India really can challenge the best teams in the world. And it’s good for the younger girls to have role models to look up to.

"And hopefully, some of these girls, in a couple of years from now, can take the next step to the senior team and so on--you can keep on having them as role models for many years. Young girls should know they can have a successful career in football." The Swede said his team had good preparations ahead of the tournament with exposure tours in Italy, Norway and Spain.

"I hope we are ready now," the coach said.

Asked if he is under pressure to deliver the goods, Dennerby said, "Of course, all coaches are under pressure when it comes to World Cups or other big tournaments. Because everybody expects you to have a successful team and so on.

"I think sometimes you put more pressure on yourself - but I have gone through this before. So, I don’t get stressed. Whatever happens, you have to stay cool, you have to follow your plan.

"Don't change anything, even if you lose the first game--stay by your plan, don’t panic and start changing everything. These are things you learn from being in this business for many years. And, of course, I would be lying, if I start saying that there is no pressure." Talking about the strengths and weaknesses of his team, he said, "We are going to this tournament with a really good fitness level now. All these things, training, running sessions and all that have helped a lot and we can see that we have a good fitness level.

"The girls have learned about positioning, where to go when we lose the ball and where to go when we win the ball back and how to open up the game and start playing and quickly come back when we lose the ball again. All these tactical details and positioning have become really good. I hope it's going to be difficult to score against us." Asked if the girls are nervous, he said, "I hope they are a little bit nervous. Being nervous is a part of concentration. It's a part of preparations for the game for the body to prepare.

"When the referee blows the whistle, you have to forget about all that. It’s only you and the ball and the teammates and opponents."